Not long back from a battery-recharging short holiday in Cornwall, and I find myself in the middle of an 'art-a-thon'. While away, we took in an exhibition by probably my favourite living artist (Alex Katz) at Tate St Ives, when I was already giddy from a spirit-lifting visit to the Barbara Hepworth Sculpture Garden. Then I saw Munch at Tate Modern, thanks to an extra day off after arriving home. And now Mrs Specs and I are planning to get to one or two more exhibitions tomorrow.

So, I'm in that happy, slightly dazed and culture-drunk phase where my reactions to (or anticipations of) all of these separate experiences are buzzing around my head and bouncing off each other. I will write about them here, promise - but am likely to need a day or two to get my head round them.

In the meantime, let me plug something I didn't go to!

This pattern will probably be familiar to those of you, like me, *whispers* who possibly buy a few too many records. An artist or band have a handsome catalogue of Big Tunes, so the time feels right for a hits album. All the same, it's best to hook people's interest by adding a few new tunes so that even the die-hard fans who've been there for years will still pay attention. Countless 'best of' compilations - especially if they stretch to a couple of discs or a box-set - adopt this approach.

So I'm rather tickled by the thought that Bach came up with a prototype for this in 1749. Not strictly in the 'oh God, J S, not the remastered B-sides AGAIN' sense. However, his 'Mass in B minor' - considered one of the absolute crowning glories of the choral repertoire - is essentially a compilation, as though Bach was bringing together all the elements he felt made the perfect, ideal version of its kind. It incorporates parts of his previous works alongside the inevitable new material, and may not even have been written for performance (there's far too much of it to fit into a service, for example). The expert consensus - including Wikipedia AND the Beeb! - is that the mass wasn't sung as a whole in Bach's lifetime and didn't really resurface until decades after he died (only a year after completing it), when it gradually took on its current status as the 'ultimate' mass.

It is a thing of total beauty, as you might expect a composer like Bach's self-compiled highlights would be. If you're curious, you have slightly less than a week to get to iPlayer and wallow in last night's Proms performance. Don't be put off by the length of the piece - like any good 'mix', there is tremendous variety in the use of different orchestral arrangements, soloists (vocal and instrumental) and general chorus.

The BBC decided to show it on TV as well as radio. So if you're new to the piece, watch it here and have a look at what everyone's getting up to. 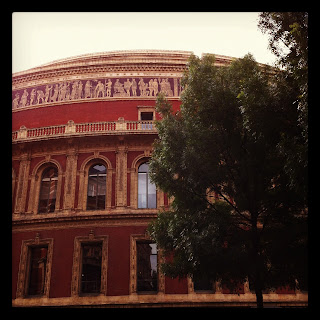