A more spontaneous post this time - an interlude, if you will. This morning I had no idea I would be writing it, but I am so glad that I am.

If you've delved into my blog before, you may have read the post where I raved about a fantastic band I'd recently discovered called Bitter Ruin. (If not, it's here.) I won't go into that much detail again tonight, but suffice to say that the duo play a highly original blend of Americana, cabaret, flamenco and folk (and who knows what more besides)... alongside a genius for bringing their songs alive on stage with a blend of acting and choreography that blurs the line between 'gigging' and performance art.

Bitter Ruin have decided to use Kickstarter to ask their fans to help fund the completion of their home studio and the recording of the next album. When done right, Kickstarter is a great idea anyway; but it particularly suits this band because they undoubtedly have a special connection with the fans (they even have a name - 'the Ruined'). Today, it became clear just how special.

Georgia and Ben (for it is they) have spent a good deal of time on some serious maths. Their logic is straightforward - finishing the home studio means they can get the album out without relying on a producer or a label, and make future records without anything like the same level of outlay - but the challenge is anything but. They need nearly £30,000, so have asked potential backers to come up with £20,000 of that.

Kickstarter uses a reward system - the more attractive the rewards, the more likely it is that more people will be willing to contribute. Sure, BR have a solid fanbase and I'm sure we could all be relied upon to pay something. But, correctly, the pair have identified that if you put thought into the rewards on offer, the response from fans is not just instant finance, but long-term involvement and engagement.

In the earlier write-up, I touched on what I called the 'Bitter Ruin universe' - the way that the aesthetics used in anything from the look and feel of their website to the CD artwork are all part of the package and fit the music like a glove. The rewards Georgia and Ben have come up with allow us to enter that universe - whether it's simply being named as a backer on the record sleeve, through to attending a listening party, purchasing original paintings or receiving a limited edition book of lyrics and illustrations - organise a whip round and they may even come and play at your house!

The duo's inventiveness - combined with their willingness to grab Facebook and Twitter by the scruff of the neck and talk directly to anyone showing an interest - has resulted in a spectacular outcome: the entire £20,000 has been raised in one day. There are 34 days to go.

So, what could be achieved in the next month? Quite a lot. For example, we already know the band will probably have to spend another £10,000 and those still to pledge will be directly contributing to that. The band are already cooking up possible variations or additions to the rewards.

Bitter Ruin's records are thrilling and captivating experiences, and they are without doubt one of the most exhilarating and dramatic live bands in the UK. Their ongoing success is basically vital for everyone's well-being. So, please perform a public service by checking them out and making a pledge, if you can. I think you are almost certainly going to want the album, and once you're hooked, you'll be casting your eye over the other rewards as well.

And while you're at it, be proud of them. They raised that money in a day - but only after years and months of thinking, planning, writing, practising, performing and working really hard. It's payback time.

Their Kickstarter page is here. You can see a couple of videos there and link to their website for the full Bitter Ruin experience...! 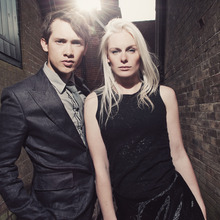