I’m annoyed with myself for not managing to see this exhibition before its final week or so. Now I come to put my thoughts down, and there are literally a few days of the run left - it closes Monday 6 May (it’s a holiday weekend here in the UK). But all I can say is: if you’re reading this in time and you’re in the area, PLEASE try and catch this.

I think it’s one of the most important photographic exhibitions I’ve ever seen. By the end, I was a messy hybrid of admiration and emotion, close to tears. As with most gallery shows now, the exit door plants you straight in the shop - so I had to find a quiet corner and compose myself before facing the postcards, prams and public.

Don McCullin - surely one of the most renowned and distinctive photojournalists ever to practise the discipline - is not an obscure figure. Fortunately, for those of you who will miss this particular show, his images are widely known and circulated, not least in a number of celebrated books. (The catalogue for this exhibition, a relatively affordable Tate paperback, is as fine a way in as any.) 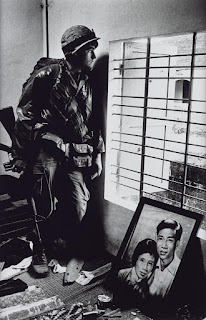 The chances are you will know many of his photographs even if the name had escaped you before now. Over a possibly unique career, relentless in its restlessness, McCullin has stared through his viewfinder into the abyss, over and over again. He has made a lifelong specialism of capturing conflict - with recognisably haunting shots from Vietnam, Cambodia, Cyprus, Ethiopia, the Lebanon and Northern Ireland - and crisis. His work depicting, for example, the victims of famine in Ethiopia, or the homeless in London’s East End reminds us that battles are being fought everywhere, whether or not there’s a war.

The cumulative effect of seeing this carnage-ridden career overview is almost enough to make you punch-drunk... and justifiably so, since McCullin’s work tells us, repeatedly, that these are the things human beings are capable of. Whatever part of the world you turn to, wherever there are people, there is suffering, cruelty and violence.

But to leave it there would be to do McCullin a grave disservice. A man of considerable eloquence and integrity, he has grappled with the moral dilemmas involved in his occupation - driven by a sense of responsibility to expose the truth of these horrors to the wider world - and openly discussed the toll it has taken on his mental health. The exhibition tackles these issues head on, mostly using McCullin’s own words in the accompanying texts.

But to the show’s credit, it avoids reinforcing the idea that McCullin has only produced visions of hell. The exhibition really brought home to me how he is clearly a naturally gifted, ‘born complete’ photographer, possessed of a genuinely unerring eye, right from the start. A room of early pictures contains the brilliantly inventive photo of his local gang, the Guvnors, framing each of them in a rogue’s gallery amid the collapsed rooms of a ruined house. The shot launched his professional career. Elsewhere, he captures a couple crossing the street in perfect step: each with one leg in sharp focus but with just a hint of blur on the other to inject the energy needed to give us the movement. 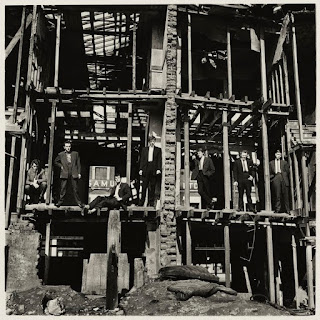 And later in life, drawing back from war zones, he has expanded his practice to include pure landscape photography, as well as creating still life compositions in his garden to take his mind away from more traumatic subjects. One of his recent projects assembled a striking series of images of ruins... only to have his strife-torn past muscle in on his new work as he covered the destruction of monuments wrought by IS in Syria.

Something about this final room prompted a visceral reaction in me, the crying I mentioned earlier. Was it the unflinching power of the body of work as a whole, catching up with me and demanding a response? Perhaps. But I actually think it was the realisation that this great man, who had risked his life repeatedly, forcing himself to visually capture the exact events that make the rest of us look away, is never truly at peace. His landscapes have the atmosphere of battlefields; objects gathered on his travels find their way into his still lifes. The past is always there. As he himself speculates, “the darkness is in me”. 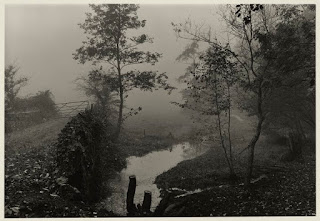 One of the ethical quandaries posed by the show is whether ‘news’ photography should be treated as art. McCullin is pragmatic on the issue, musing that if newspapers won’t publish the photos, why not get the message across through gallery walls?

But McCullin is without question an artist. On one vitally important level, he is of course a one-man newspaper picture desk and historical archivist, changing the face of reportage. But that in-built compositional flair, an apparent inability to ‘see’ a bad picture; the way his lens seems to penetrate beyond the surface into some deeper statement of humanity; and on top of all that, sheer technical mastery, not least in his ongoing quest to improve the results from his negatives.

A projection room displaying McCullin’s magazine pages shows strikingly how colour actually manages to dilute the pictures. His decision to print all his own images in spectacularly dark monochrome gives the exhibition a sense of unity that confirms his life’s work as a single, vast project: whether it’s Beirut, Belfast or even the back garden, we are all the same, under the same, lowering sky.

(The three photos here are all copyright Don McCullin, taken from the Tate website publicising the exhibition.)