This is the latest in an occasional series of posts rounding up some of my recent photography. Thanks to everyone who has shown me kindness, support and interest so far - it really makes it worthwhile, and it gives me the most valuable of excuses to just get some of the stuff 'out there', and look at it again through not just my eyes, but those of others, too.

I took the pictures in this first group in response to an 'abstract photography' challenge. Already a big fan of bringing lines and patterns into photos for their own sake, I was looking forward to tackling this. I knew which two parts of London would provide the shapes I dimly saw and recollected in my head: the London Underground and the Barbican.

This first one, in the end, was the shot I picked for the challenge. I was so taken with the various lines and boxes on the Barbican buildings that I simply decided to find an angle to shoot them that removed any hint of ground or sky. 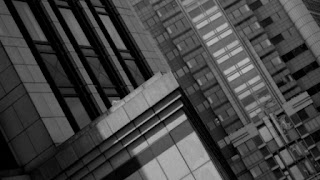 I love the way the Jubilee line looks like the interior of a spaceship. 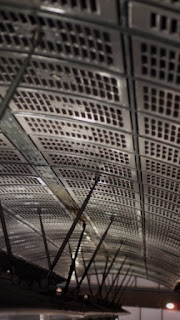 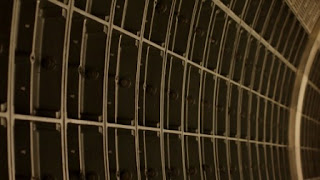 The image below is the closest to an optical illusion I think I've taken. The rectangles and straight lines on this part of the Barbican's highwalk seem to converge at the top left, so if you're not careful when you look at it, the corner can appear to 'come out' of the picture rather than 'sink in'. Avoid if 'refreshed'. 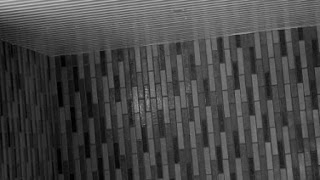 The next two pictures both show 'frozen action' (again, the brief for another challenge, although I ended up submitting the first one as an example of shallow depth of field). The top picture was taken at a record fair. Unused to any kind of street photography or reportage, I thought I would try my hand at 'covering' the fair. I got some shots I was pleased with; in general, people didn't mind being photographed. It was a prestigious event of its kind (the Independent Label Market, where folk from the actual record labels turn up to tout their wares) - so lots of cameras were out and I think the stallholders were fine with being surrounded by snap-happy bloggers. I became hypnotised by the way the hands of record-fair regulars skittered like selective spiders across the vinyl. 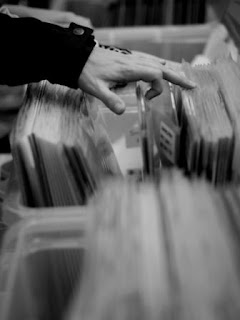 Some friends of ours take part in traditional dance, and in a slightly surreal turn, we heard that they were going to perform at short notice in, er, a Croydon car park. This wasn't quite as insane as it sounds - they were there to entertain people gathering for a pagan convention - but we felt like going along and offering some moral support. I grabbed the camera on the way out. This shot is a tribute to persistence. I must have snapped myself half stupid, but I was determined to get more or less the lot of them in the air, show just how WRONG the setting was with its roads signs and traffic lights and - most of all - include the utterly bemused car park chap on the far left. The green man provided a useful focal point, and I was pleased that the road sign behind him matched, in the same way the van picks up the flashes of red on the costume far right. Happy accidents. Icing on the cake. 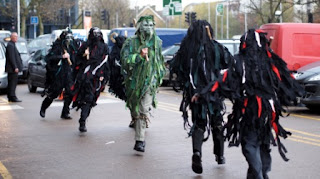 Finally, I've added here a few pictures of my most hardy regulars, Fliss and Tony, who you may recall from the previous photography blog post. This is our most recent portrait session. As I mentioned, they are accomplished stagefolk with years of amateur dramatics experience, and as a result, they have the most amazing array of outfits. Often we take to the streets with this stuff, but sometimes for the more outlandish costumes, we've used their place as a makeshift studio. So, I'm very pleased with these images because the quarry for the Wild West pictures is a section of the garden that Fliss has been sledgehammering to buggery; and the interior shots were captured by either wedging the pair of them into a cramped corner of their living room or standing them on benches in their conservatory. I think the two of them hide these levels of discomfort bravely, and well.

I hope you enjoy the pictures. 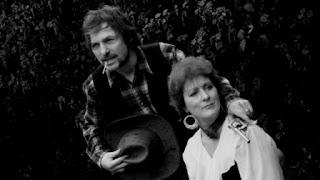 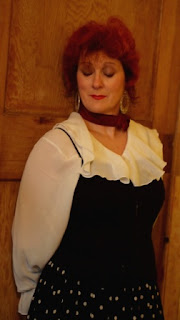 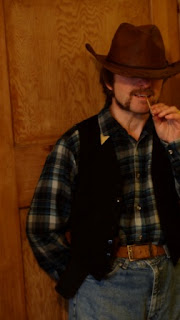 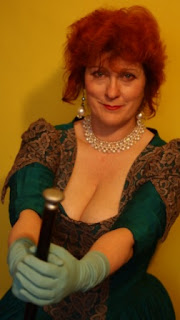 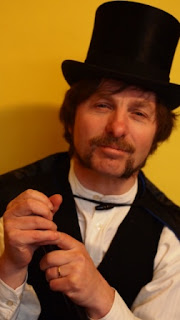 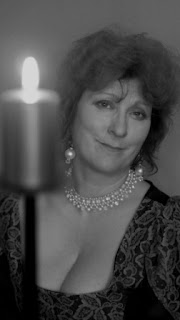 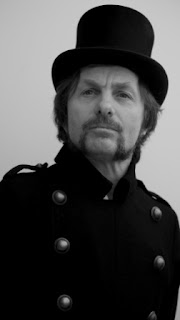