I didn't want to let a couple of recent Wigmore Hall concerts pass by unmentioned on the blog, both providing that much-needed midweek lift on two Wednesday evenings in May. The gigs were completely separate, and in many ways couldn't have been more different (within the parameters of art song). However, both are linked in my mind by how they showcased what brilliant communicators all four of the artists are - it always feels like a particular treat when the performers seem to speak to you as well as sing.

To recall the more recent gig first: Karen Cargill, mezzo-soprano, accompanied by Simon Lepper on piano, gave a performance of French melodies, along with Wagner's Wesendonck Lieder - brilliantly sustaining the theme of intense passion throughout the whole evening. 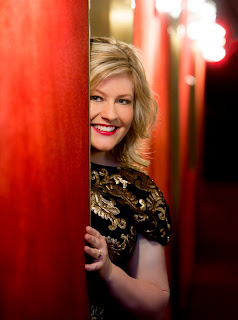 The bar was set high from the outset, with a superb performance of one of my all-time favourites, Hahn's 'A Chloris'. It's quite a forthright song - a declaration rather than a surrender - and some of the best renditions I've heard resist over-sentimentalising it. So it was here, with SL giving the accompaniment a march-like wilfulness, leaving KC to caress the air above the notes.

As you might expect from someone with so much presence on the opera stage, KC finds the character's emotional centre in every song, and brings them to life visually with seemingly second-nature expressions and body language. Her tone is so warm and generous, yet she controls the dynamics of her voice to spine-tingling effect in the Hall - unafraid to indulge in a low-key smoulder, before unleashing (in Duparc's 'Phidylé', say) its full power for maximum ecstasy. SL is an ideal foil for someone with such a rich sound (check out his Schubert disc with tenor Ilker Arcayürek) - unfailingly delicate, it's as though his piano lines dance 'through' the vocal rather than lie beneath it. 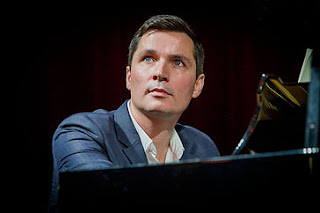 Placing the Wagner at the end of the gig was genius programming - with such a build-up of intensity, we were fully primed for the group of songs that paved the way for 'Tristan und Isolde'. Sure enough, the two themes in particular that made their way into that opera, 'Im Treibhaus' and 'Träume' were unforgettably sublime.

Rewind to the Wednesday before that: I heard Roderick Williams sing Schubert's final song cycle, 'Schwanengesang', accompanied by Iain Burnside. This was something of an event, as RW and IB had performed all three Schubert cycles at Wigmore Hall in a single season - so, it was very much part 3 of a 'trilogy' and had the pleasing atmosphere you might associate with the fulfilment of an ambition. 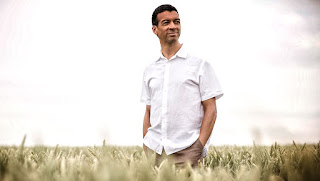 'Pleasing atmosphere' is perhaps not the phrase you'd associate most readily with 'Schwanengesang'. After the deliberate storytelling of 'Die Schöne Müllerin' and 'Winterreise', it's something of an oddity. While it seems clear Schubert intended the songs to be performed together, there is no real narrative: the cycle is made up of seven songs setting verse by Ludwig Rellstab that mostly deal with absent lovers, then six based on similarly bereft poems by Heinrich Heine. The cycle is now almost always performed with Schubert's very final song, 'Die Taubenpost' (words by Johann Gabriel Seidl), at its close.

The songs that make up 'Schwanengesang' were written very near the end of Schubert's life. He knew time was running out (in the end, it was his publisher who named and issued the cycle after the composer's death). So, it's natural to look for doom and gloom in 'Schwanengesang', and you will find it - perhaps most starkly in the terrifying 'Der Doppelgänger'.

But it seemed to me that RW and IB were onto something a little different, and I heard things in this performance that made me think about the cycle afresh.

RW is renowned as a masterful interpreter of English song. I wonder if performing that repertoire to UK audiences over the years - engaging the listeners head-on, sure in the knowledge they are understanding every word - has fed directly into his approach to Schubert and other art song in different languages. So personable, intimate and involving were his renditions that I felt I was with him every step of the way, feeling every syllable without needing to follow the text in the programme. 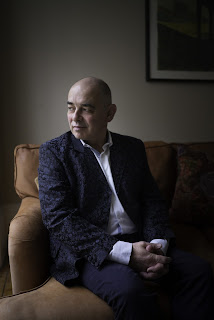 He has a baritone's 'heft', as you would expect, but there's also a kind of malleable, warm flexibility to the voice, something that conveys agility, vigour. IB's robust, fleet accompaniment drove them forward, bringing out something assertive in the more upbeat songs ('Frühlinggssensucht', 'Das Fischermädchen') and even charging the immortal 'Ständchen' with a near-spiky electricity.

Schubert died so young that, while his style audibly developed, there is no true 'mature', or even 'late' work, as we would normally understand those terms. In the hands of this duo, the energy that Schubert may have lacked in life is still vibrant in his music: writing against the dying of the light.