I'm not sure if this is directly related to the Proms, but audience behaviour seems to be such a 'hot topic' at the moment, it might as well be in a furnace balanced on a bonfire surrounded by lava. (And since that's a fairly accurate description of being inside the Royal Albert Hall much of the time, perhaps the two are connected.)

It seems falsely linked to the increasingly tiresome 'is classical music elitist' non-issue - why try and increase attendance only to moan about the incomers when they get here? - but in fact, it strikes me that there are two entirely distinct trends going on here.

One is the general issue of people who seem to have no social self-awareness. I mean the kind of folk who talk through an entire concert, eat noisily, text, that kind of thing. I draw this out because it has nothing to do with classical music per se - it goes on everywhere. You get exactly the same thing at the theatre, cinema, other types of gig. Don't kid yourself that it's any better at a rock event because the music is amplified. Anyone who's been anywhere near the bar at, say, Shepherd's Bush Empire will know that a group who are determined to chat will literally YELL at the top of their lungs all evening to make themselves heard above the band.

This is all just rudeness. As I can't singlehandedly solve that, I leave it to one side.

I'm more troubled by what seems to exercise certain classical concert-goers in particular - that some of their fellow audience members are reacting 'wrongly' to the music. The cardinal sin here is clapping when one 'shouldn't'. Examples of bad times to clap - it is said - are: too soon at the end of a piece (for example, when the performers might be seeking a moment of atmospheric silence); between the movements of a symphony or concerto; or after every single song in a recital (when they are normally arranged carefully into 'sets').

Because we seem to now live in a world without nuance, there are those out there pretending this is a black-and-white, right-or-wrong issue. Some classical commentators have used words like 'barbaric' to describe clap-happy punters, exposing a leaning towards the internet aggression of the age, and rather forgetting their own pretensions to civility in the process.

In the real world, it bothers some, while others couldn't care less. While current practice is more reverent, many past composers would've expected frequent applause (opera is the odd genre out here, where it's still common to hold up the action and clap a great aria). 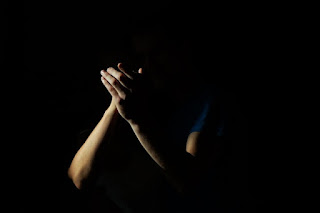 And more importantly, the musicians - who, lest we forget, the performance is actually about, not us - seem divided, too. Some don't mind it and take it as honest appreciation and encouragement; others find it off-putting and damaging to the mood they want to create. If in doubt, then, safest not to clap: but why should people be 'in doubt'? Face facts: someone who's come to their first classical recital after 50 rock concerts will find it extremely strange when the music stops and there's no applause. Especially as no-one will have told them what to expect.

That's where I'm heading with all this. For an issue that seems so divisive, I've become increasingly amazed that 99% of the time, performers and particularly venues leave it to chance. Everyone is now used to mobile phone announcements (although more of that below) and even exhortations to stifle coughing before certain chamber events. But only once, I think - as the concert was being recorded - were we given instructions beforehand to observe certain 'applause breaks'.

Why can't venues across the country - no, the WORLD - unite, and agree on a kind of handy hints sheet that can go in the front of every programme for first-time visitors, children and so on? It needs to be polite, and carefully explained. And it needs to be inclusive - don't make attendees feel gauche for not being sure what to do, or for taking a snap. It's not easy, but I'll try to get us started:

1. Please switch off your mobile phone before the concert starts. It's really important that you don't just put it on 'silent' mode. It will still interfere with people's hearing aids if you do that. Please turn it off completely.

3. As a rule, classical audiences don't clap between 'movements', sections or individual pieces - applause comes after a whole concerto or symphony, say, and for a smaller-scale recital, after each group of songs or pieces. It isn't always obvious when to clap - as you'll sometimes hear when a smattering of applause starts up before whoever it is thinks better of it - but take your cue from the performers. Conductors may continue holding their arms up to 'suspend' the closing notes of the piece; musicians may lower or avert their eyes as they finish. This generally means they want a short period of quiet for you to absorb what you've just heard. When they turn around, look at you and (usually) smile, that's when you clap.

4. This is one mainly for chamber and song events. If you're following words in your programme, please turn the pages as quietly as possible - and if you can last until the end of a section or piece to do so, even better. You're focused on the text, and - trust me - you don't know how loud that page turn actually is. Especially when everyone is doing it at once.

5. It's fine to take photos before a concert - and it's usually ok right at the end, too, during the curtain calls. But it's the height of bad manners to do so during a performance, especially on your phone - which will, of course, be switched off...

And venues - you're not off the hook, either. I've written the above on the assumption that the reader will get no help from you at all - but now's the time to step up! Two pleas from me:
Leaving people guessing - as though the 'correct' behaviour, whatever that is, signifies membership of an inner circle - is the most alienating thing we can do. Putting people in the picture will bring them into the fold.