Another public service announcement! Some of you will know that one strand running through various posts on this blog is my rediscovery of - and resulting addiction to - opera. I'm also aware how lucky I am to be in a position to go to a fair bit of live opera, in particular at the Royal Opera House (where I've bought the 'lowest rung' level of membership).

However, one absolutely invaluable aid to hearing a lot of opera easily, especially if you can't get there in person, is BBC Radio 3. Thanks again to my holiday surgically removing my finger from the pulse, I've only just realised that the new radio opera season starts - as I type - well, today.

The 'Opera on 3' strand features complete performances from a variety of venues and companies. (This season seems to feature noticeably fewer Royal Opera House performances than the last - although note that two slots are still shrouded in mystery. It's certainly to the Beeb's credit that it casts its net wider than the capital to feature the likes of Opera North and Welsh National Opera, and we hear from Madrid and New York, too.) 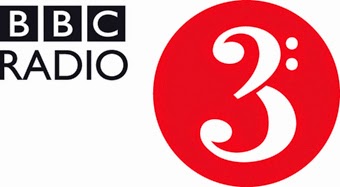 I've included the schedule below for ease of reference. You can also find the list, with more details, guides, podcasts and the like on the BBC website's 'Opera on 3' page - although it may be easier to paste and print the basics from here. Remember that if you're in a region where you can access the BBC iPlayer, the operas will normally be available for seven days after the broadcast (I believe you can still click through to them through the main page).

I am not steeped enough in live attendance to give a detailed analysis of the casts, but I do know that some of my favourite singers are involved. In particular, Alice Coote - remarkable mezzo and trouser-wearer extraordinaire - sings the title role in ENO's 'Xerxes'. Also two great baritones feature at the Met - both particularly good actor-singers: Christopher Maltman in 'Barber' and Johan Reuter (who was magnificent in the ROH production of Stauss's 'Die Frau Ohne Schatten' and is reunited here with tenor co-star Johan Botha) in 'Meistersinger'.

Finally - for an accessible, enthusiastic and quietly knowledgeable introduction to the upcoming productions at the Royal Opera House in particular, I can warmly recommend this blog post. Karen Richardson's 'Nights at the Garden' is always fair, witty and informative reading (not always guaranteed in opera criticism!) and well worth following.