Heather Leigh’s previous release, ‘Throne’, was one of my favourite albums of 2018. Picking up the record unawares, you might expect country rock – Leigh sings, and her chief instrument is pedal steel guitar – but that would be a mistake. On first listen, you might wonder just what it is you’ve let yourself in for. Then, a track or two later, you can’t fathom how you were ever without it.

Leigh’s work often presents the thrill of opposites, not least in the way she somehow belongs firmly in the avant-garde, yet at the same time produces such inviting, accessible music. She has other musical ‘lives’ – for example, her fearless improvisation duo with veteran saxophone wielder Peter Brötzmann – that perhaps explain the discipline she must need to assemble her intimate, intricate solo records.

‘Throne’ is an astonishing experience – a suite of music designed to be devoured whole (live, Leigh performed it in order, without pause). Building a wall of sound with pedal steel and effects kit, the backing ranges from luxurious to lacerating. Holding it all together is Leigh’s voice; blessed with character and range, she draws you in, close-miked, the intimate lyrics both confessional and confrontational, the flow of words somehow containing the music’s turmoil.

Fast forward to spring 2020: music industry activity as we know it stops dead. Taking inspiration from a potentially desperate situation, Boomkat Records – an online shop and label with a focus on independent, original releases that could easily pass under the radar – started inviting musicians they admired to make recordings under lockdown conditions for a series called ‘Documenting Sound’. The idea, it seems to me, is to give us an insight into the genesis of these artists’ music: what would they come up with in a limited timeframe using just the tools at their disposal? – and in a nod to the whole ‘demo’ vibe, the releases are on cassette, housed in a starkly-designed livery. (Fortunately for anyone who last played a tape in biblical times, high-quality downloads are available, too.)

‘Glory Days’ is Leigh’s contribution to the series. However, she has produced another masterpiece which transcends the unusual way it was made; far richer than a swift demo would allow, this is a rewarding and complete work, very much a natural successor to ‘Throne’ while in some respects, representing its opposite (that word again!).

If ‘Throne’ was ‘considered’, say, in the sense that it was made in a studio, and conveys a narrative feel, of stories being shared – ‘Glory Days’ is unfettered. It is an experimental work – with 13 tracks in around 30 minutes, it can work perfectly well – in fact, works best, in my view – as a suite or cycle of songs united by its central idea. Leigh buys into Boomkat’s brief, bringing whatever’s around her: synthesiser and cuatro feature alongside the pedal steel, resulting in a record suspended between analogue and digital, acoustic and electric. 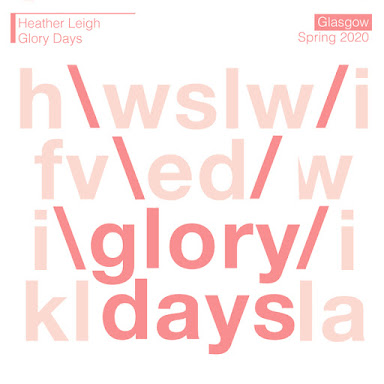 Interaction of natural and unnatural runs through the album. As its inlay mentions, it was “recorded at home with the window open”, and the found sounds that work their way into the tracks (street noises, birdsong) contribute to the sense of spontaneity – for example, a short way into the brief chant ‘The Peace of Wild Things’, Leigh finds herself duetting with a canine partner, letting rip close by. It is up to us to decide to what extent these sounds are ‘treated’, but I think in moments like this, the album celebrates brilliant accidents: Leigh could have re-recorded the song, of course, but the take here has a thrilling, urgent humour. It’s decisions like these that show, I think, how Leigh has been able to ‘play’ her surroundings like an instrument.

That open window also symbolises our disrupted relationship with ‘outside’ during lockdown. For some it’s totally off-limits, with potentially far-reaching consequences. For others, it’s accessible, but changed, or reduced. Leigh’s music is reaching for the out of bounds – nature, travel, not to mention gigs, collaborations, work – and gathering the elements it can get hold of indoors. One of the most beautiful and affecting tracks features delicately-picked cuatro and Leigh’s wordless vocal – as if leaving words behind might strengthen the connection with the birds also singing, high in the mix. Only its ominous title, ‘Death Switch’, hints at the precarious natural balance and artificiality of the bond.

But the additional depth in ‘Glory Days’ involves looking inwards, too. The album has a classical, minimalist feel in places, in the sense that it takes particular ideas and works them through to a conclusion. ‘Phrases on the Mount’ describes itself, as Leigh tests gradually changing – and climbing – versions of the opening line, as if in search of the perfect result, a game of lyrical consequences. ‘Aretha’ is blink-and-you’ll-miss-it short, a mantra that pulls your focus in to concentrate on the tiny shifts in timbre, and timing, even the breaths Leigh takes merging with the ambient hum.

Paring some tracks down to a single line in this way amps up their incantatory feel, as if we are party to a more ritualistic type of creation, an insight into lockdown seclusion. So much of the music just yearns, whether it’s in the fabric of the keening instrumentals ‘Molly’ and ‘Island’, or the disco pulse of ‘Take Just a Little’. Some of the repetition hints at obsession, making significant changes – and they do come – utterly seismic: no spoilers, but key moments like this await in ‘All I Do is Lust’ and ‘In the View of Time’.

This unique, uncompromising record presents Leigh’s mind to you a little like a transistor radio. We’re turning the dial, stumbling across transmissions that are fully-formed, perfectly realised, complete. But they already existed before we arrived, and they are still there now. 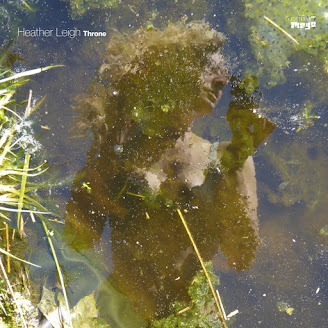 I’ve written about ‘Throne’ as well as ‘Glory Days’ – partly because I am sure that if you hear one you will want the other. Both are available from Boomkat Records here at these links.