As the final work in English National Opera’s 2018/19 season broadly looking at the effects of ‘toxic masculinity’, this new opera by Iain Bell (composer) and Emma Jenkins (librettist) focuses on the lives the women Jack the Ripper murdered were leading, rather than their deaths. The aim is to animate them from being the mere prostitute-ciphers they risk becoming when any telling of the story places the unknown killer in the foreground.

The show’s creators are careful to state that they have presented an imagined scenario to achieve this: but their idea is plausible and dramatically sound, allowing for the way the Ripper claimed his ‘official’ five victims with relative ease and speed over a couple of months. All the women live and work from the same dosshouse.

As the opera opens, Polly Nichols arrives, her marriage over due to her drinking. At first she tries to steal from the others, angering Mary Kelly (already living there with her young daughter Magpie) - but she is soon accepted into the group. We’re also introduced to three fellow residents and future victims: Annie Chapman, Liz Stride and Catherine Eddowes. 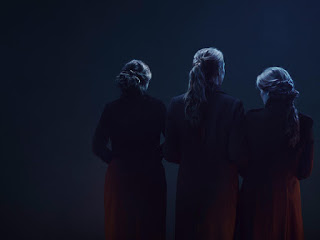 As we learn more about the women’s personalities, events start to escalate around them - normally the result of men’s action or inaction. The Police Commissioner procures children from Maud (the fearsome dosshouse madam) and has set his sights on Magpie. The murders begin, as local copper Johnny Strong announces a vicious killing (a possible Ripper victim that the women agree to identify). Complicating matters further are Squibby, who loves Mary and wants to take her away from prostitution; a writer who turns up to slum it in the dosshouse and transform what he sees into reportage; and a photographer whose fetish work may set alarm bells ringing all too late...

This is not a ‘murder mystery’ - we don’t know whodunnit and to its credit, the opera doesn’t offer a specific theory. That said, as this is a new work that I hope will enter the repertoire, I don’t want to give away too many ‘spoilers’ about how neatly the plot strands intersect to bring the surviving characters to the opera’s climax. Jenkins’s libretto is expertly constricted so that as the murders continue and the fear increases, we find out more and more about the women and their inner lives.

But in terms of avoiding whodunnit clichés, it is crucial to mention the key decision not to show the Ripper at all. Instead, the victims are absorbed into dark shadow, sometimes through a crowd or behind some stage business, until they’ve disappeared from our view. This strips the Ripper of his notorious ‘persona’ and ensures we remember the ‘living’ versions of the women we saw.

And how alive they are! While the production employs some costume colour-coding shorthand which allows you to pinpoint all the women easily however dark the environment (I was reminded of the multiple Marnies in another recent ENO premiere), the cast make them into such vivid individuals that you feel you know and care about them in the short moments that each has ‘in the sun’.

It’s impossible to single anyone out, so I won’t. Janis Kelly’s Polly is wistful, almost coquettish; Marie McLaughlin the warm ‘mother hen’; Susan Bullock’s Liz amused, impulsive; Lesley Garrett’s Catherine slightly hyper, watchful, bold. Ruling the roost is Maud, a terrifyingly committed performance from Josephine Barstow as the madam who has long since decided that the cycle of degradation trapping her tenants is simply the inescapable way of the world.

These ‘Women of Whitechapel’ could as easily be the ‘Sisters of St Martin’s Lane’, as they comprise a luxury line-up of singers with long-standing relationships with ENO. Natalya Romaniw as Mary - out in front of this extraordinary ensemble - is an absolute powerhouse, dominating scenes where she needs to, but at the same time able to create intimacy in the Coliseum’s vast dimensions for when the character must yearn, mourn and finally face her fate.

Given that the resilience of women is one of the opera’s major themes, it’s entirely appropriate that it celebrates this glorious thread of magnificent female singers spanning generations at ENO (and that includes the Chorus - more of whom below). Iain Bell’s music serves the cast and concept remarkably. I was struck by how the range in dynamics meant that we could imagine the women in normal conversation, the orchestra providing the soundtrack, but then layers of sound would build and build, filling the Coliseum until I felt its walls might bulge outwards. (I liked that all the women are sopranos: it meant they could articulate terror at fever pitch, and gave them a vocal unity.)

It’s a rich score, full of effects (I felt several ‘lurches’ of terror in my stomach) which never lapses into sentiment or schlock. At the same time, Bell and Jenkins have enough old-school sensibility to give the women ‘arias’, having them soliloquise and put even more flesh on their characters, without slowing the pace. One particularly memorable section allows Susan B to bring a somewhat ‘refreshed’ Liz into the limelight, only for the scene to turn on a dime into a horrific, violent misunderstanding. (There's also a point near the end - for me, the opera's only slight misstep - where I felt Mary - a genuinely complex, thorny character - had been shaped into a kind of angelic symbol... when in fact the true source of any hope at the end is courtesy of a 'grace note' ending involving Magpie. However, Natalya R's singing is so heartfelt and affecting, she carries the day.)

As one would hope for when seeing a new opera at ENO, Bell and Jenkins make full, clever use of the Chorus - capitalising on their formidable acting/movement abilities as well as their mighty sound. For much of the action, the men and women are separate.

The women - fellow dosshouse residents - while not ‘singled out’ by costume like the soloists, are presented as distinct, expressive, stoic, determined, mobilised. On the other hand, the men are dressed in identically black garb, a pack hunting its prey, identities blurred; a sinister throng, almost personifying the ‘darkness’. All the men in the opera go unnamed, or have Dickensian-ironic epithets: the powerless Squibby (a passionate Alex Otterburn), the ineffectual Strong - a typically nuanced performance from Nicky Spence. Even those men that try to be good are tainted: Squibby’s love for Mary is unrequited so why won’t he leave her alone; how much of the writer’s motives are tied up with wanting to ride in on a white charger; why can’t Strong enforce the law?

We don’t need an actual flesh-and-blood Ripper onstage because all the men are complicit - they all created and perpetuate these conditions that enable the women to be slaughtered.

Powerful enough in two halves, when the whole Chorus comes together at moments of the greatest intensity, the effect is heartstopping. At the end of Act 1, my companion and I literally reeled out of the auditorium, speechless. It's all credit to this ingenious opera, though, that the women of Whitechapel no longer seem so silent. 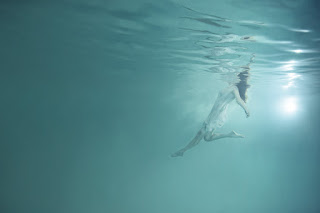 While I'm here, please note that ENO has recently announced its 2019/20 season. Lots to get excited about here: the Orpheus myth provides the foundation for a mini-season, with operas on the same theme from Gluck, Offenbach, Glass and Birtwhistle. Some 'classics' are back: Bizet's 'Carmen', Puccini's 'Madam Butterfly' (with Natalya R in the title role), Mozart's 'Marriage of Figaro', and the company's much-loved version of Gilbert & Sullivan's 'Mikado'. I'm particularly looking forward to seeing new productions of Verdi's 'Luisa Miller' and Dvorak's 'Rusalka'.

I'll write more about the new season in due course - some amazing singers coming to the Coliseum (alongside the matchless Chorus) - but in the meantime, get in: here's a link to the new season page on the ENO website. Public booking opens 24 April.