The latest brilliant release from cellist-composer Jo Quail is an album that speaks of mirrors, doubles and opposites. Always an artist that convinces equally whether one views her music as avant-garde classical or underground electronica, ‘Exsolve’ is Jo’s most perfect expression yet of how to create pieces that somehow inhabit, yet defy genre at the same time. 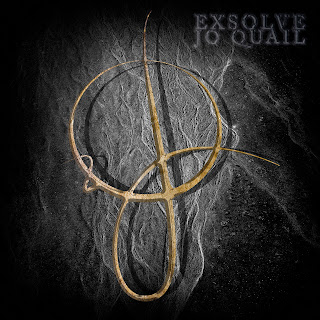 I’m sure this is also what makes her music such a pleasure to write about – as I have done frequently, including CD liner notes. Jo builds her compositions around electric cello, fed into a loop station that she simultaneously operates like a second instrument – allowing her to play almost all her material live, solo, standing (her feet dancing across the pedals as she creates layer upon layer of rhythm and melody).

But from first note to last, ‘Exsolve’ thrives on creative tension, looking inward and examining head-on this marriage of ancient/acoustic and modern/electronic. As instrumentals so often do, Jo’s music always becomes ‘visual’ for me, provoking images, memories even, in my mind. Water is a recurring motif in earlier JQ track titles, and here I inescapably thought of Turner’s ship caught in the Snow Storm. Throughout, it felt like something was breaking through, a kind of sonic or atmospheric disruption – depending on your personal tastes, this could be as menacing as Cthulhu or as exhilarating as a cloudburst. 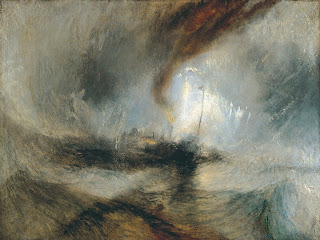 New tunings and new sounds help to make this a classic ‘headphones’ record, as Jo explores distortion and percussive techniques to conjure a military drum tattoo or a doom-laden bass riff from her cello. When listening, you really are surrounded: the music closes in, each of the three lengthy tracks building not necessarily in volume, but in presence, intensity ('Exsolve' was produced by Chris Fielding and mastered by James Griffiths: plaudits to them for the album's fearsome clarity).

Another creative pair of ‘opposites’ the album reflects is the personal with the collaborative. For such a self-sufficient performer, Jo has always featured guests on her albums and sought to programme live events with full bands or classical performers. ‘Exsolve’ welcomes three visitors, who play a crucial role on one piece each. Dan Capp and Nik Sampson both contribute heroically exciting guitar parts, while Lucie Dehli adds her supernaturally fluid vocalese in an unforgettable cameo. But while these guest appearances gesture towards extreme metal and even jazz, they blend perfectly into the array of unearthly sounds already coming from the cello. 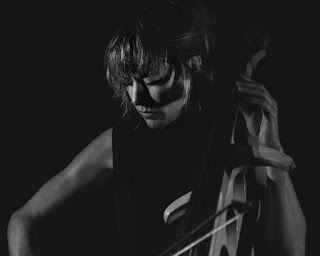 Classical and metal really are ‘twinned’ here, in a way quite distinct from, say, hard rock bands using orchestras or string sections for added bombast (not that there’s a problem with that!). Album by album, Jo has been assembling tracks more like parts of suites or sequences, and ‘Exsolve’ – with its three ‘movements’ that are both coherent stand-alone pieces, but which all contribute and develop towards a key central idea – can almost feel like a concerto for cello and studio. In this respect, it’s a genuinely avant-garde classical achievement. Yet, at the same time, it reaches a powerful heaviness borne of thunderous riffs and insistent hooks. In other words, it rocks.

If ‘Exsolve’ tells me a story, it’s of these two genres almost struggling for supremacy within Jo’s music. The balance shifts this way and that. The insistent, cyclic guitar that takes control of ‘Forge’ gives way to the acoustic ‘Of Two Forms’ section. The dancing pizzicato of ‘Mandrel Cantus’ breaks into atonal soloing, distorted cello riffs and a final guitar explosion – but then its steady comedown progression dissolves into the chiming, Pärt-like coda. Finally, however, ‘Causleen’s Wheel’ brings matters to a head, its keening melody and agitated reel leading to a seismic shift and temporary sonic limbo, before the finale crashes through. No guitars this time: the cello supplies the heaviness, the electricity, and ultimately the full force of the wordless vocal is unleashed, resolving the conflict and bringing equilibrium with a triumphant, euphoric female battle cry.

A fascinating and beautiful listen, as always. And especially here, addictive, cathartic.

Jo releases her music independently, so you can buy physical and/or digital versions of 'Exsolve' - along with all her earlier work - directly from Bandcamp. Dive in here.