Playing away: ENO outside the Coliseum

Since I last posted, there have been a few sticky moments on 'classical music' social media between critics, composers and performers. I believe there were valid points and genuine misunderstandings on all 'sides' (old hippy that I am) but of course, it all escalated into volleys of tweet-sized trauma. I don't really want to go into further specifics here... it's all out there, I suppose, if you want to find it but, trust me, you don't need to.

Inevitably, though, discussions came up about what a critic actually is (or should be) and does (or should do). I've thought about this a lot, if only because I've felt it important to be clear about what separates what I do - amateur blogging - from actual criticism.

I write with essentially 100% freedom, about what I decide to see and hear - allowing me, as a punter, to focus only on the events and artists I want to. For me personally, that means spending words and energy only on performances and shows I've liked and enjoyed. I feel that if I make a recommendation, there's a chance someone will pick up on it and find something new to investigate or enjoy. If I don't like a recording, performance or exhibition, well (a) who cares, and (b) what good would I achieve by saying so? It doesn't mean I have no critical faculties - I just get far more personal satisfaction out of explaining why I love certain music or art, and communicating that enthusiasm, than I do from slating something.

But critics - in a paid, professional capacity - must venture into darker places. As contributors to journals of record, they must go and see whatever is put on, whether it's something they're drawn to or not, and find a way of placing it in context, judging it fairly, giving praise where they feel it's due, while drawing out any problems or issues. Critics I admire do exactly this. They find a way to present any negative reaction they feel as constructive commentary, and avoid giving offence.

I mention all this because there is one certain area where I feel a little let down by (a few of) the pros: attacks on English National Opera ('ENO'). ENO has been beset by horrendous behind-the-scenes difficulties in recent years, and the management surely deserved all the brickbats it received over (among other things) the shameful treatment of the mighty Chorus, and the dispiritingly swift departure of Mark Wigglesworth, ENO's previous Music Director.

But there is now a new regime in place, and ENO is hopefully starting to pick up the pieces. New chief executive, new artistic director, new music director: all change, in other words. Of course, I can't say if in practical terms, things are getting better or worse for the performers working there - I wouldn't presume. The company is in the middle of a plan to build their productions back up over time, so the 'main season' at their home venue, London's Coliseum, still 'feels' a bit short.

So I was a bit taken aback by a couple of pieces I've seen lately. I won't name names. But one critic recently published a sneery review of 'La traviata', yet still felt the need to devote a large chunk of the piece to an apocalyptic 'WHAT DOES THIS MEAN FOR ENO?' epilogue, plunging the knife back into the wound. Well, what does it mean for ENO? What does the recent, absolutely amazing trio of productions, 'Satyagraha', 'Iolanthe' and 'A Midsummer Night's Dream' mean for ENO? Wouldn't it have been better if the review had used its whole word count on the production? I also read another piece laying into the recent chief executive appointment, placing it in the context of historically 'ill-judged decisions' by the ENO board. This is about an employee who's been in post for about a fortnight. I don't care how naïve or old-fashioned I sound: I think it's a fairer approach to actually see how someone performs in a role before writing them off.

I'm not trying to say that everyone at ENO is utterly marvellous and incapable of a wrong thought or deed. But in my experience, as an audience member, the people on the stage and in the pit - the people I care about - actually are marvellous. They never give less than their best, even during times when we know they were going through some pretty heavy pressure and uncertainty. And in a brief period when some critics have found that their words have consequences, I wonder how often they consider the effect that this kind of writing might have on the ensemble, and that morale can be chipped away from without as well as within.

So - stepping down from my soapbox - I think it's worth turning our attention to some of the intriguing and appealing productions ENO is presenting over the summer months. Last year, for example, there was the magnificent ENO Studio Live double bill in the company's West Hampstead rehearsal studios: the Chorus taking two short operas by the scruff of the neck and mounting them almost as independent, guerrilla productions. It was glorious. 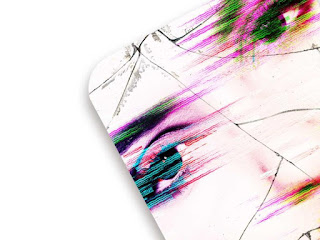 On offer this year (each one links to the booking page on ENO's website):

'Effigies of Wickedness' at the Gate Theatre in Notting Hill - an evening of cabaret consisting of songs banned by the Nazis. (3 May to 2 June.)

And on home turf at the Coliseum, coming up fast, you can still support the company performing in the musical 'Chess', from 26 April to 2 June.

As things stand, I'm going to the ENO Studio Live productions, and we're taking my folks to see 'Chess'. If any of you are seeing these, or the two I can't get to, please report back!