This is the second of two posts running about Schubert's 'Winterreise'.

Last time, I archived a piece I'd originally written for the Cross Eyed Pianist blog, mostly discussing a summer performance of the song cycle given by the mezzo Angelika Kirchschlager, accompanied by Julius Drake. It includes some of my current thoughts about 'Winterreise' in general, which I won't repeat here - so if you haven't seen it and would like to read through it, go here.

This post looks at a more recent, and very different, concert.

Over three years ago, I heard Iain Bostridge sing 'Winterreise' at the Barbican. The pianist on that occasion was Thomas Adès - perhaps better known as a composer. I'm most familiar with his work through opera - 'Powder Her Face' and 'The Tempest' have both entered the repertoire, and I'm sure his recent 'The Exterminating Angel' will do the same - but he's written a wide range of orchestral and chamber music, most of which I'm yet to discover.

I was impressed by their interpretation - IB was, as ever, utterly committed and immersed in the protagonist's character, and TA seemed acutely attuned to every twist and turn the singer took. They also seemed to have steeled themselves for the venue's peculiarities: the hall in the Barbican is vast, and they filled it with a driven performance. Nonetheless, it was a bit of a mismatch between work and setting, and the audience did at points disengage (most notably with almost epidemic levels of coughing and page rustling, which the Barbican acoustic ramped up to an even volume with the voice and piano).

Fast forward to September 2018, and this time the duo were performing 'Winterreise' at Wigmore Hall. This is now part of a wider project: IB is surely the British singer most associated with the work (the Wigmore website points out he has sung it over 100 times) - and this is the first in a sequence of three recitals at the Hall where he will sing each of the three Schubert song cycles with a different accompanist. (Pleasingly, the concerts will be preserved for posterity on the Wigmore Hall Live record label.) 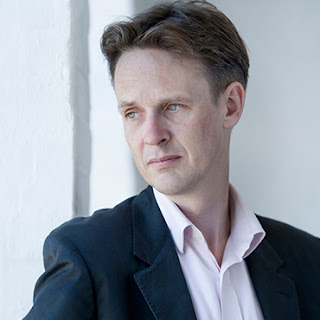 I confess that I can't begin to guess how many pianists must feature in IB's century of Winterreisen, or how often he has sung it with TA (if at all) since the 2015 performances. But they do seem to generate something quite uncanny between them, and for me, at the Wigmore, it came into focus.

As a singer, IB is a dominating and at times divisive presence. I always feel that Schubert would heartily approve of his lieder interpretations because you really feel that he is 'living' the material. He's not afraid to appear or sound eccentric or mannered, affected by the songs which play with their protagonists so cruelly. IB uses his tall, slim build to maximum effect: when he sways, it's as if he's in the grip of fate; when he bends double, it's as if he is broken. However, in TA he has a partner as wilfully individualistic, as singular on the piano as IB is vocally.

As readers of some of my past blogs will know, I'm a bit obsessed with song accompaniment, and the importance of giving the pianist equal consideration with the singer. In my experience - which is obviously limited compared to many lifetime listeners - I've heard two 'types' of approach to accompaniment. Perhaps this is stating the obvious: specialists in accompaniment often seem to have a near-telepathic link to the singer and - without losing their own stylistic trademarks - can serve the patterns of the voice with almost chameleonic versatility. On other occasions, I've heard 'solo pianists' - that is, players who are more known for performing as pianists in their own right - take on the accompanist's role. In most cases, they've unsurprisingly stamped much more of their own 'personality' on to the accompaniment - a perfectly valid approach, which can lead to interesting tensions and effects in the pairing. (Even if - *whispering* - my heart more often belongs to the former group.) 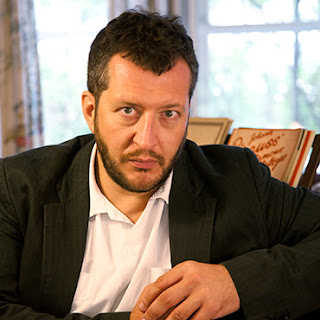 But in Adès's performance, I felt like I was hearing something completely new to me - an accompaniment that sounded recognisably like it was being played by a composer. I think this was hinted at in the Barbican performance but stifled by the setting - in the more confined, crystalline acoustic of the Wigmore, it seemed to ring loud and clear. I had the impression TA had taken the whole cycle apart to see how it worked, then put it back together again (and I recalled IB saying in an interview some time back that TA had looked at a manuscript and was brilliant enough to pick up instantly on certain features to bring out). This now had something of the unpredictability of an Adès score.

We seemed to be hearing new things. To give a single example, it struck me that in the 20th song, 'Der Wegweiser' / 'The signpost', TA was emphasising the tolling right hand to recall song 1, 'Gute Nacht' / 'Good night', while playing the ascending run of notes in the left hand to echo song 10, 'Rast' / 'Rest'. 'Der Lindenbaum' / 'The linden tree', normally the cycle's gesture towards prettiness, was absorbed into its overall desolation. There were enough quiet-LOUD-quiet dynamics to jolt even a Pixies or Nirvana fan, climaxing in an unforgettable 'Der Leiermann' / 'The Hurdy-Gurdy Man' - not the sound of weary defeat this time, but a raging, almost determined cry of defiance.

Something about Adès's fearless way with the material meets Bostridge's technique head-on, and the outcome is a surprisingly robust, wilful interpretation that doesn't skimp on the anguish or even horror, but doesn't give in to it, either. Already a pioneering work when first penned, this performance made 'Winterreise' sound for all the world like a new, contemporary cycle.

I was at the first of two performances - I assume both will be recorded to ensure the best renditions go onto the disc. I'd love to know if the second gig was different again, and I can't wait to play the performance back. It was wonderful to be so shocked and surprised all over again by a work I thought I knew so well.