...But in the meantime, here is some music.

Be prepared: that's someone else's motto. However, since I knew I had a fortnight's holiday coming up, I thought it couldn't hurt to pre-plan just a little for the blog - in case I could snatch a few minutes' 'quiet time' online (we're staying in Scotland with my in-laws, so this isn't necessarily a given) and post something sensible, or at least vaguely fun. 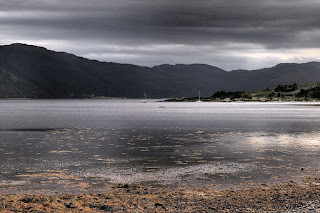 No coincidence, of course, that I also recently went through what I suspect is an experience shared by fellow music nerds: sorting out holiday listening to fill up the mp3 player. Whole albums/works/box sets? Playlists? New stuff? Ancient, well-worn faves? Any particular genre? Or all of them? In the end, I've come away on my travels with a shuffle whose contents don't exactly 'gel', but far more importantly, do make me happy. Yes, there's the terrific recent album of art song by Ruby Hughes and Joseph Middleton that I just can't stop playing, but when I'm north of the border and it's rainy, I also feel like blasting early Simple Minds at full volume, as any right-thinking person would.

Since flinging together random tunes is, for me, one of life's great pleasures, I thought it would be a restful Specs-ercise (for me, at any rate) to put up a 'while I'm AWOL' blog entry that accurately reflected a bit of this listening chaos. Hope you enjoy it, too.


Simple Minds: 'Theme for Great Cities'
I love the mayhem and clatter. Like combining smooth, new romantic synths with climbing unsteadily into the engine of a train.


Lee Morgan: 'Yes I Can, No You Can't'
Lovely laidback opening bassline, with every solo a dream.


Ginastera: 'Ollantay' - BBC National Orchestra of Galles, conductor Gisèle Ben-Dor
Fell in love with this piece at the most recent Prom I attended - for quarter of an hour, the Royal Albert Hall was a wide open space.


Tegan and Sara: 'U-Turn'
I do seem to be listening to a lot of 80s-style synths at the moment. This is just three minutes of joy, not a moment wasted: the verse, bridge and chorus all in fact sound like choruses. The retro video is fun, but with hopeless sound, so the audio YouTube link is below, too.

John Carpenter: 'Escape From New York'
The horror director - famed for composing his own soundtracks - performs with his current live band.


Verdi: 'Condotta ell'era in ceppi' from 'Il Trovatore' - Ekaterina Semenchuk
Perhaps not sunny holiday fare, but I was rather, er, overcome by ES's performance of this in the latest (slightly more visceral) Royal Opera House production.


Philip Glass: 'Mad Rush' - played by the composer
Reading Glass's autobiography at the moment - enjoying it very much - so appropriate listening.


R Strauss: 'September' (voice & piano version) - Barbara Bonney, Malcolm Martineau
So rare to hear the 'Four Last Songs' without the orchestra - doubly pleasing, then, that BB and MM are on such sublime form for this recording.


Peter Gabriel: 'Lovetown'
'Us' is one of my favourite albums of all time - this (from the same era, with the same sinister tenderness) could've been included ... and improved on perfection? However, it was destined for the 'Philadelphia' soundtrack.


The Handsome Family: 'Gold'
Talking of sinister... one of the greatest, and certainly eeriest, bands in the world, with the lead track from their new album. Very HF to appear essentially as wraiths in their own music video.