Here we are at journey's end: the final instalment in Sieben's trilogy of EPs focuses its attention on native soil, after previous excursions into Europe for 'Lietuva' and 'Norse'. I've often written that Matt Howden (for Sieben is he) always makes every record different from those that have gone before. And even though the EPs share certain sonic and thematic links, it's stunning to me how this holds true, as 'Briton' takes the listener down less familiar roads than they might've been expecting...

Bit of background: as Sieben, MH uses just his voice and violin - and a loop station which helps him turn both into the choral/orchestral forces of his choice. Because of this set-up, you might think the sonic palette would be limited: anything but. Sieben signatures might be, say, a cyclic chord pattern (thanks to the looping) or an off-kilter, hard-to-place percussion effect (a shaker noise, for example, could be Matt allowing his palm or even stubble to 'rustle' against the side of the violin). But in fact, Matt's skills as a songwriter and arranger mean the tracks build and break out of their apparent restrictions.

This is particularly true on this latest project. The EP tracks are designed to form the basis of the next Sieben album, 'The Old Magic', although - in tantalising updates on his blog - MH tells us he's now decided to re-work/rearrange some of the material so the full-length disc will be its own thing, and the EPs keep their distinct identity. I think this is a really good move. Work on these songs began after an equipment upgrade and MH started to experiment with longer-form tracks that trod the ground between shamanistic chant and rallying war-cry, the shorter digital format allowing these new epics to stand almost alone, to dominate. 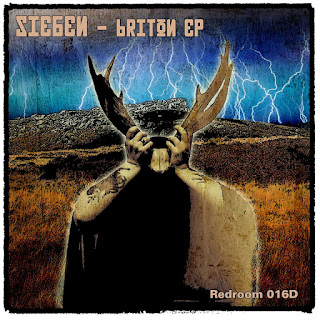 Go back and explore the beautiful mantra-driven likes of 'Užupis' and 'The Old Magic' from the two earlier EPs, and you can hear how verses and choruses have given way to something at once more primal (in its repetition and drive) and more sophisticated (in its layering complexity). More of the same on the new one? Yes and no...

'Hillfort Mindset', the second track, is perhaps the closest to the mantra model. The concept-within-a-concept of 'Briton' - our ancient, pre-Roman way of life - is here shown under threat. A pounding thud opens every bar, which could be the strike of sword or hammer, violence or fortitude. The insistent rhythm sounds like trudging, digging in deep, and helped by the distortion on the vocal, you could almost feel that the song is trying in vain not to sink into the mud. The harsh stabs of violin, carefully placed but off the beat, crank up the tension.

(All three of the EPs have featured re-worked versions of older Sieben songs as 'extras' of sorts, but brilliantly, the 2016 version of 'We Wait' is a seamless fit for the 'Briton' setting as the narrators huddle together, the furious pace ratcheting up the intensity and wringing peril from propulsion.)

The lyrics of 'Hillfort Mindset' show MH's gift for combining the abstract with the practical, as the fort-dwellers bring their 'hate', 'fear' and 'zeal' as well as wood and nails as crucial components of their defences. Inevitably, music is also important - MH has form when it comes to singing and writing about the assembly of songs themselves - but here it anticipates destruction, rather than construction: the 'shattered sound' of the carynx (a kind of Celtic bugle).

Track 3, 'Come, Raven King', almost stopped me dead in my tracks when I first heard it. With its near-mellow vibe, and almost tentative layer-by-layer opening - gently plucked strings and the 'shaker' effect described above introducing a shuffling groove - I couldn't help but think of some of Sieben's more overtly 'neo-folk' records from the early-to-mid 2000s. This notion 'unlocked' something about the 'Briton' EP for me. The point is - we already know that one thing MH never does is retreat into his musical past. If anything, restless, he treats every song as unfinished rather than sacrosanct, and often goes back to earlier material to deliberately recast it in a different light. (Even before the revisions on this EP series, there was 'As They Should Sound' - a fascinating record that took leisurely, lengthy back catalogue tracks and refashioned them into finely-honed, weapons-grade 'seven-inch' style versions.)

'Come, Raven King' is a song of unity and harmony, so doesn't need to rock its strings off. It inevitably calls back to the native/pagan/pastoral/historical themes of those earlier records, but the atmosphere has changed for good. It's not the sound of someone just shrugging on an old style - it's the confident response of an artist casting a visiting eye over their old stamping ground and seeing how far they've come. (This healthy distance is even audible in the sheer space of the production, which belies in its sweep and echo the complex violin colours, from a short run of notes skittering across the track's surface like a stone on water, to keening, gliding notes that feel like a flightpath switching between air-currents.) 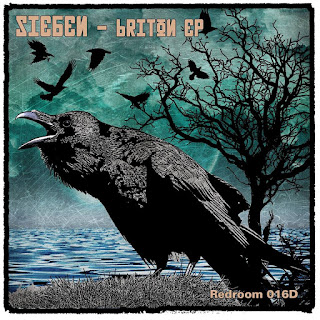 Where all this comes together to perhaps the most astounding effect is in the lead track 'Modron'. Huge, impactful basslines have been an ongoing delight of these EPs, and a mere 20 seconds into 'Modron', a deep, descending hook, enhanced by a kind of stick-like, gristly percussion noise, anchors the song, sounding for all the world like the aural equivalent of gnarly tree-roots. Before the terror of 'Hillfort Mindset', 'Modron' aims for a still-tense euphoria, as the banks of looped violin climb in opposition to the bass. Here, the trudge is somehow lighter, and ascent feels possible, in contrast to the next song's 'vain hope to gain the higher ground'.

It's also worth highlighting the lyrics of 'Modron', which set new standards for MH's uniquely pared-down poetry. He's never one to shy away from research and unafraid to use archaic words or even new coinages if they feel right. These words, however, rejoice in language itself. I can't recall another song lyric that so tightly renders this level of internal rhyme or assonance in so few lines: 'hunger' to 'anger', 'fear' to 'tears', 'laughter' to 'hereafter', 'brace' to 'trace'... and so on.

There are still pleasurable sonic risks taken. In recent Sieben work, I've felt like there's been an undercurrent of traditional European folk to some of the fiddle parts, entirely natural, of course, for the climes of the previous instalments. Here - back on home turf - that seems largely absent, giving way to a string palette that conjures up our British weather: jittery, shuddering bow work underpinning both the 'lightning' and 'rain' lyrics, for example. The climbing violins I mentioned earlier roll like clouds, with the occasional distant 'ping' and pluck hinting at half-hearted drizzle.

For an extended passage in the middle, the beat disappears completely - although, thanks to the looping, there's no let-up in pace, and some of the most intriguing lyrics come forward in the mix. 'Celebrate the life,' we hear - then a reference to the 'black moon' that originally rose on the first EP (the first of two cameo appearances on 'Briton'), followed by a mention of 'honeysuckle' that will flutter the hearts of old Sieben fans like me and seemingly underline the thought that this is a wry glance back at the past(oral). Finally, MH sings of the 'tension of a bow-string life': clearly a superb line in itself, at face value, with the precarious state of the Britons' existence perfectly symbolised in the taut weapon-string. But inescapably, the double meaning - the image of MH's own bow-strings across the violin - places 'Modron' in the pantheon of Howden songs that deal with songwriting and musicianship - and the faith and dedication they require.

You can find all currently available Sieben music at Bandcamp. Click here for the full list, or here to go straight to 'Briton'. Where he takes us next is anyone's guess.