This particular Prom happened by accident. Another in the Monday lunchtime chamber series - like Rachel Podger's C P E Bach concert, which I wrote about here - this concert was due to feature the superb mezzo Alice Coote, accompanied by pianist Julius Drake, performing a selection of songs by R Strauss and Wolf.

However, we were informed a few days ahead of time that Alice C was sadly unable to perform due to illness. Like many others, I'm sure, I felt a pang at not hearing AC - she has a rich, enveloping voice and her stagecraft is magnificent. I saw her perform Schumann lieder at the Wigmore Hall a short while ago, and was stunned by her ability to convey the deep emotion of the songs yet still maintain an engaging, uninhibiting presence. You can also get an idea of her brilliance by catching her performance of Elgar's 'Sea Pictures' earlier in the Proms season, on iPlayer here for another couple of weeks or so. Speedy recovery to her. (Huge fan of AC that I am, it would also be wrong not to mention Julius D, who is always worth hearing - he is so adaptable to different singers but his own elegant, restrained style is always there.)

Stepping in at short notice were the soprano Anne Schwanewilms, with Malcolm Martineau on piano. Leaving aside the circumstances, this was genuinely thrilling news. I had never heard either of them perform in person - only on disc,YouTube and so on. Anne S, it seems to me, is one of today's great acting singers. Recent roles - both Strauss, in fact, who I think is a speciality of hers - include the Empress in 'Die Frau ohne Schatten' and Chrysothemis, Elektra's sister. 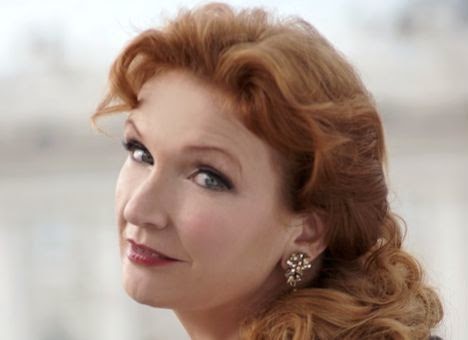 These spring to my mind because they not only sound challenging to sing, but also require a great sense of vulnerability and sensitivity. It can't be easy to find those notes with utter confidence yet somehow convey fragility and tenderness while doing it, but AS has that alluring skill. I had previously encountered Malcolm M only on CD, as a fine accompanist for baritone Simon Keenlyside.

A number of Proms include Strauss this season because of the 150th anniversary of his birth. AS and MM kept the link by including seven Strauss songs as the second sequence of the concert. The first half was a performance of a four-song sequence by Debussy, 'Proses lyriques'.

These were a complete revelation to me. Given the composer concerned, I suppose I could have expected a style where the piano is of at least as much interest as the voice - and writing the words as well, Debussy could calibrate the balance exactly as he wanted it. The songs' themes and subject matter are perhaps not too surprising either - the atmosphere and mood refracted through skies, moons, flowers and water.

But the realisation of these ideas at times genuinely took my breath away. I've included here a YouTube upload of the second song, 'De greve' ('Of the Shore') to give you an idea of how arresting these pieces sounded. The clip features AS singing, although not MM playing, I'm afraid.


The hyperactive piano suggests the constant ripples and waves of the water, pushing at the voice, yet also seemingly independent of it (although you can see how it fits together if you can read music and follow it on the video). AS began the cycle without moving too much, and I wondered for a very brief period, if this was simply an inevitable need for extra focus when giving a recital you didn't know about a few days previously. But I soon realised that she was the still point, her melody soothing the piano notes like the lyric's moon calming the sea. You can hear this effect as Debussy resolves 4ths to 3rds at around 0:50 to 0:54, and at the very end, 3:05 onwards.

Strauss is one of my favourite composers, as regular readers (thank you, darlings, thank you) may know - so, if anything, I might have enjoyed the second half of the concert even more. I'm quite new to hearing classical song live, so I've relatively few past gigs to draw on - but it struck me that the singers I've been to see so far are native English speakers (Sir John Tomlinson, Ian Bostridge, Sophie Daneman, Gerald Finley and Alice Coote). Here, AS was singing in her own language and I'm sure it must make a difference - her expressions and body language supported every word, and the rapport between the duo intensified as she moved towards the piano much more and made even greater eye contact not only with MM but with us, too.

The most flamboyant example was the showstopping last song, 'Ach was Kummer, Qual und Schmerzen', which despite the title ('Ah, the grief, torment and pain...') is actually a humorous folk song adaptation where Strauss dramatises the singer's struggle with her own tongue to keep her passion a secret: "Must pretend...I'm full of joy, since I - hmm hmm hmm." The song jerks and shudders with indecision and they were both acting for each other's benefit, AS cheerfully hamming it up with shocked reproachful glances towards the piano, biting her lip in mock agony. MM simply reacted like he was the happiest man alive. 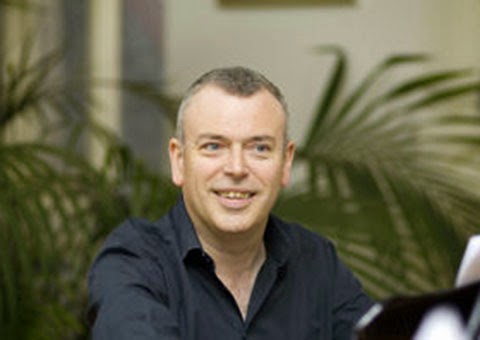 But there were more low-key touches, too. Burned into my brain is the song 'Geduld', or 'Patience'. Each verse starts with the protagonist being told to wait - "'Patience,' you say..." - and the weary disillusionment with which AS invested each "sagst du" tugged at my emotional response centre every time until I was a broken man by the end. No higher praise.

It was the kind of performance that made me want to track down everything the two of them have ever done. You can hear it on the iPlayer, here, for another four weeks(-ish).

Note: Both photographs are taken from the item 'Schwanewilms and Martineau save the day!' on their management agency Askonas Holt's website. The photo of AS was taken by Javier del Real and that of MM by Russell Duncan. Copyright belongs to the photographers - any issues, let me know and I'll remove.