Sometimes, the word 'repetitive' is used dismissively of a track, an album or even a whole body of work, or genre. As if it's a bad thing. Somehow suggesting a lack of ideas, or creativity. I remember the Adults telling the teenage me how 'repetitive' all my records were, although the fact that they were saying essentially the same thing to me over and over again about everything didn't strike them as odd at the time.

I've never considered repetition - or more accurately, I suppose, 'repetitiveness' - as a negative trait in itself. I believe that even those of us immersed in free jazz or avant-garde atonal classical music will always, at times, appreciate and respond to a hook, riff or motif. But recently, after listening really closely to some of my favourite musicians (who write songs or compositions and develop them to play live, solo, using looping technology), it struck me that repetition as a technique (rather than simply a by-product) can so often be a springboard for creativity, musical problem-solving, moments of pure joy and tricks on the ear.

Below, I've included a variety of tracks, and try to explain briefly why I find the way they play with repetition so thrilling. If you enjoy some of these (and I know a few of them have slightly 'abrasive' tendencies, but persevere!), please comment, or get in touch to introduce me to your own favourite examples. I would love to follow this post up with a second selection at some point. At the risk of repeating myself. 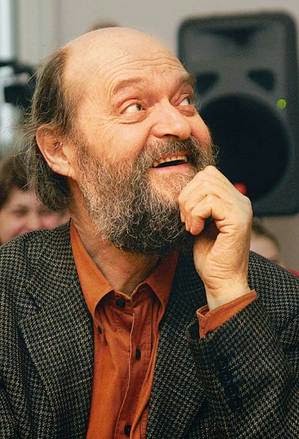 Arvo Part's 'Cantus', written in memory of Benjamin Britten. (I'm sure I've posted this before - Gah! A repeat!) Listen out for the tolling bell, and the fact that the same descending scale is repeated over and over but at different pitches and speeds across the instruments, creating a seemingly infinite combination of sounds. Impossibly haunting. If you can follow the sheet music on the YouTube clip, so much the better.


To me, minimalist music is not really about being basic or simple - more the thorough investigation of single ideas to their limits. This Philip Glass composition, 'Metamorphosis', was written for piano, but I wanted to share this extraordinary harp arrangement. From around the two-and-a-half minute mark, where Lavinia Meijer starts to play dizzingly fast, watch for the control she exerts by swapping hands to keep the steady pulse going, and listen for the delayed low notes - before the piece folds back in on itself.


Indie fans are likely to already know and love The Smiths track 'The Queen is Dead' - one of their heaviest tracks and particularly famous for its relentless instrumental outro which lasts for about a third of the song. This is the original seven-and-a-half minute version, which was edited down for the album. The band clearly know they have hit upon some kind of hypnotic, ever-circling jam and every step of the way you can hear small differences and developments in the overall onslaught - the double snare-drum hit from 5.20... the drop-out at around 5.50... the ferocious guitar careering on the same chord at 6.20... something for everyone.


'Kennedy', by The Wedding Present. Another blistering outro, as the instrumental break reappears to play out for nearly half of the song's running time. Already making a belligerent virtue out of its repetitive approach (with mostly one merciless chord and all the riff/variation nestling in the bass), the catchy refrain just pushes itself further and further forward: back at 2.25 or so; boosted, layered and echoey at around 2.50; ramped up more at 3.20 then at 3.30 - woah! - suddenly an extra chord that you didn't see coming, jerking you out of your bruised trance.


Espers don't release nearly enough records - this track, 'Dead Queen', from their second album, demonstrates beautifully how the same chord sequence, round and round at epic length, can build in such slight steps, you barely know it's happening: it's not as if the song is becoming louder - it's getting nearer. Eerie, perfect - a classic example of the new psyche-folk/electronica marriages cropping up a fair amount these days, making one want to build a Wicker Robot.


Public Image Limited will always be an acquired taste due to their singular vocalist - but their phenomenal record 'Album', which in parts almost seemed to give a UK nod to all kinds of thrash and death metal tomfoolery going on across the pond, is an absolute frenzy of circular hooks (one song is even called 'Round'). This track, 'Fishing', has a riff that really does sound like a taunt in musical form - jabbing, lurching back and jabbing again - but listen out at 4.45 and you'll hear that for seemingly no reason other than to trip up your ears and make you play it again - the parts of the riff are reversed, so the 'lurch' comes earlier. Then almost immediately, it's buried in the insane closing solo. (As an aside, I'm just generally impressed by an earlier point in the song, just over three minutes in, when Lydon's vocal is so angry he abandons lyrics and just cries out wordlessly. PiL can just feel so much more 'punk' than the Pistols did.)


You'll hear within the first few seconds why I've included this Richard Thompson track 'Gethsemane'. He uses two guitar parts to make the track doubly involving - the almost exotic winding single note figure with the chords cutting across it. Even though it drops out occasionally (different chords or important vocal moments) - it always comes back, emerging, even creeping out from underneath louder guitar bursts. Also listen out for the increasingly military drum patterns, which add to the feeling of oppressive regularity/circularity. An unforgiving masterpiece.


Only a very short comment about Red House Painters' 'Mistress'. Listen how beautifully the riff resolves to keep the cycle going once the song starts up. After 1.20, it never comes back. No matter how much you want it to, that's it. It keeps feeling like it's coming back to land, but ultimately only the unresolved 'half' of the hook is kept, introducing tension that was previously absent. If you actually like the track, you'll immediately want to play it again once it's finished.


After such heady, moody vibes, I wanted to introduce some light - and here is a terrific piece of highlife from 70s Nigeria called 'Egbe Natete' by Sir Victor Uwaifo. It shows how brilliantly a lovely circular pattern can just keep going through the odd verse, chorus, solo and even chord change. Lovely.


And here is perhaps a surprise contender - but including the Elvis Costello track 'Strict Time' is not so much about the man himself but rather the Attractions. It's possible that EC had behind him the most accomplished keyboard player (Steve Nieve) and drummer (Pete Thomas) active in their field at the time. If I remember some old liner notes correctly, Elvis thought this track represented the two of them at their best, and I agree - the piano part in particular keeps its pattern going in what sounds like all sorts of positions and intervals, giving the song real bounce above the tubthumping. The clue to its genius: try to imagine the song without it. (Also applies to 'Oliver's Army', incidentally.)


I want to finish with cameo appearances by the three artists that inspired me to think about where cycles/circles might crop up in other musical styles. (Regular readers of the blog - thank you, darlings, thank you - will already know at least two of them.) For the choices above, I deliberately raided my memory banks for examples that were ideally a million miles away from what these people do - that was completely the point. But in many ways the tracks that follow represent some of the music closest to my heart. Their work is further underground than it should be; it fits my tastes because it occupies ground between folk, rock, classical and electronica that is yet to be fully mapped out; it feels ancient and modern, sprung from wood and wires. And importantly, use of loops aside, each of these artists is so original that they don't really sound anything like each other - let alone anyone else - in spite of the obvious 'kindred spirit' element that sees them sharing concert bills and occasionally collaborating.

Here is Sieben (a.k.a. Matt Howden) with 'Written in Fire'. Aside from the voices (Matt himself and guest vocalist Sarah Jay Hawley), all the percussion and melody is recorded with violin and loop pedal:


Cellist Jo Quail recently launched her latest album with a terrific concert (read more here). What better reason to post this video of her performing one of my favourite tracks, 'Laurus', at the gig (filmed by Peter Junge)?


The songs on Jordan Reyne's latest EP 'Crone' are made of her looped voice and drums. This haunting track 'The Shadow Line' weaves the two elements together so intricately - and the song itself is so charismatically strong - you don't even notice how sparse it is.


Find out more about them at their websites, here:
Sieben / Matt Howden
Jo Quail
Jordan Reyne

(The lovely photo of Arvo Part laughing is from the Estonian Embassy in London's website. I can't see a credit anywhere, but happy to acknowledge - or if need be remove - if anyone knows.)
Posted by Adrian at 11:22