Brilliant excursion south last weekend courtesy of my friend Jules, who regular readers of this blog (thank you, darlings, thank you) may remember hosts a superb weekly radio show called Indie Wonderland. Jules, both though the show and in conversation - and if I'm not careful, through telepathy - has introduced me to more great bands than I could possibly name, or even remember.

However, as soon as Jules first played Wolf People on the show - a new discovery she'd so clearly fallen for in a big way herself - I was an instant fan. If you had to try and describe them in a single word, you'd probably go for 'prog': mainly, I think, because they are defiantly retro, and their songs can stretch out into different sections, or time signatures. That said, though, they're more focus than Focus, and any hint of noodling is massively offset by their tendency to float these delicacies above a monster groove. If curious, try their latest album 'Fain' first, then work backwards through debut album proper, 'Steeple', and compilation of early stuff, 'Tidings'.

This video - 'All Returns', the track that originally ensnared Jules and me - will give you an idea of their particular interpretation of the 'quiet/LOUD' approach, with the gentle sung passages giving way to a huge power surge of interlocking riffs (with obligatory nodding as accompaniment).


Jules invited me down after seeing that Wolf People were playing the Lewes Constitutional Club, a gig organised by rather natty local record shop Union Music Store. So, after consuming the most fearsome fish finger sandwich ever assembled (at one point, it tried to get away) and a dark and mysterious pint in a nearby pub, we headed to the venue.

The Con Club is a fantastic place for live music. The 'auditorium' area is cut off from the bar so that there's minimal noise disruption, and although the gig was sold out, there was room to breathe and move around - which means someone with a sensible head on is in charge of the ticketing. So, for once, despite my advancing years, I felt able to join the more robust Jules near the front and get a good eyeful of what was going on.

On sight, the band certainly don't disappoint - you can tell from the sideburns alone that they're only occupying the present day with a kind of harumphing reluctance. But of course, how they sound is what really counts, and live, they are exactly as you'd hope. The finesse and complexity of the recorded versions survive (and the sound mix in the Con Club is astounding in its clarity and balance). But on top of that, there's a roof-melting 'oomph' - the kind that makes you go home, get the album out, look quizzically at your hi-fi and think, "how the hell am I going to make this as loud as THAT?" 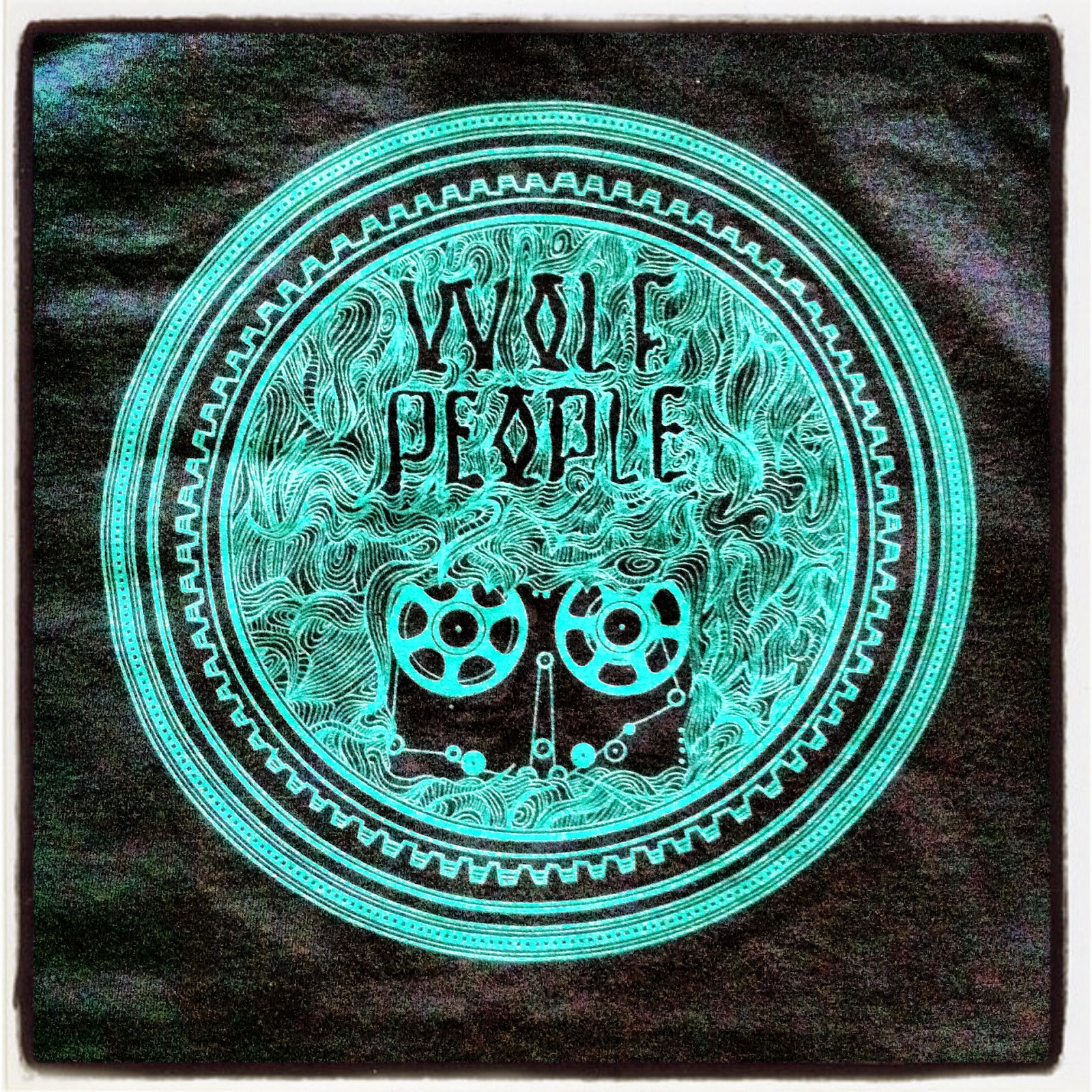 It's a cliche to say that great bands take their influences and turn them into something new. Rather refreshingly, Wolf People take music of a certain vintage and fashion it into something that's still old. Led Zeppelin drums (not the volume, more the dexterity, especially with the bass drum), with the menacing vocal lilt of Blue Oyster Cult. And with the guitars acting more like two 'leads', there's no rhythmic CRUNCH weighing the songs down - the bass and drums are solid enough to provide all the drive, and the hooks weave in and out, giving each song more of a 'rolling gait' - still heavy, but very melodic, very danceable.

As the excitement built up, so did the temperature - to the point where a plaintive cry from the drummer prompted the band to ask for the stage lights to be turned down before he keeled over onto his kit. Winningly, the technicians managed to plunge the stage into almost total darkness, apart from the two mega-wattage bulbs blasting heat directly down onto the drummer's head. The type of steadfast fellow who's clearly no stranger to Sacrifice in the Name of Rock soldiered on - although (I muse, stroking my grey beard), I remember noticing he was drinking Stella. "No wonder!" I thought to myself. "Where's your bottle of water? *pause* What have I turned into...?"

Before you go: please take note, once more, of Juliet's fine show Indie Wonderland, which broadcasts live at 9pm to 11pm on Wednesday evenings, on Barricade Radio. Past shows are archived on Jules's Mixcloud page, which you can find here.