The other day I had one of those great experiences where something I was expecting to find enjoyable, relaxing, perfectly pleasant... turned out to be mindbendingly brilliant and inspiring. Step forward, London's Garden Museum, nestling snugly against the shoulder of Lambeth Palace, on the south bank of the river Thames. 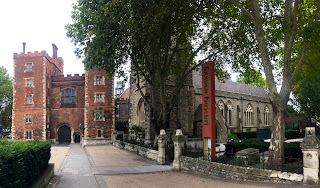 Very pleasant walk along said bank to get there, too. Although the arachnophobe in me rather felt like the upturned-hulls installation in this forecourt was all too reminiscent of a beastie emerging from a plughole... 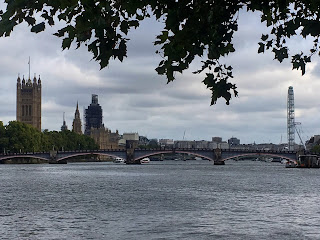 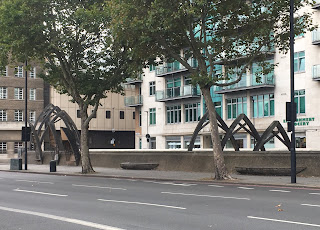 I confess that to me, 'garden' is mainly a noun, not a verb. I am not green-fingered in the slightest - but have always been utterly content to wander through and photograph public gardens as an ardent, if passive, admirer.

For all that, the Garden Museum had not really leapt out at me as a place to visit, and even this time we were there for a slightly left-field reason. Mrs Specs has a great interest in vintage children's books, so has been watching the re-emergence of Ladybird Books - both as a retro touchstone and a kind of re-vamped satirical vehicle for adult readers - with interest. The Garden Museum has mounted an exhibition of original watercolours from the beautifully-illustrated garden and nature books Ladybird used to publish - so I went almost as a +1, out of curiosity, to check it out.

That particular exhibition was small, but lovely - richly nostalgic. But I hadn't prepared myself for the sheer joy of just hanging out at the Garden Museum itself. As you can read on the museum's website, the building was an abandoned church, St Mary-at-Lambeth, which was going to be demolished until rescued by the museum founders, Rosemary and John Nicholson, in 1977. The link is that pioneering British plant-hunter, John Tradescant, was buried here.

Given the kind of ghost stories I like to read, I was conjuring up all kinds of 'Pet-Semetary-but-with-horticulture' visions of undead, and possibly vengeful, ancient gardeners rising from the dead to terrify tourists with trowels. But, surprisingly, no. In fact, it now feels like something of an architectural triumph, with an airy modern interior tracking the exterior shape of the church in serene harmony. (I also had no idea it was also a venue - for example, I found out that a couple of days after our visit, the new chamber opera by Robert Hugill and Joanna Wyld, 'The Gardeners', was given there, and I was deeply disappointed not to be able to go. But you can really imagine it in the space, as shown below, can't you?) 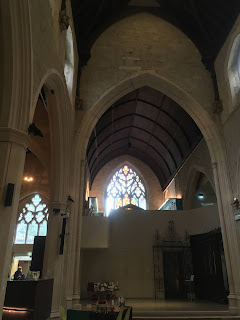 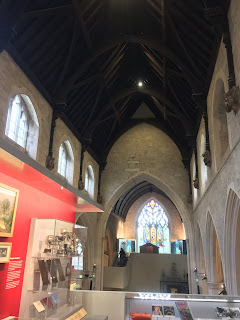 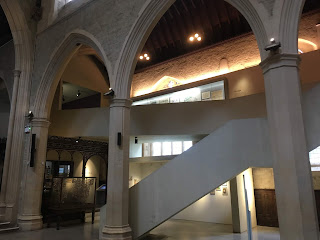 Inevitably, you can find a bit of the sinister in every museum (please note cat content - if this could go viral accordingly, that'd be lovely - thank you!) ... 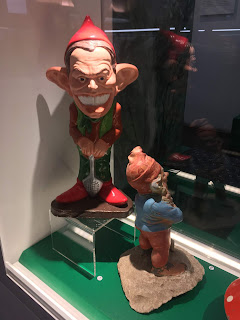 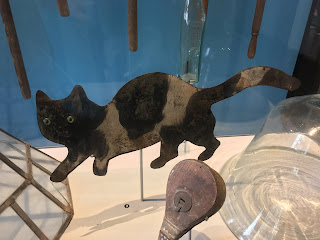 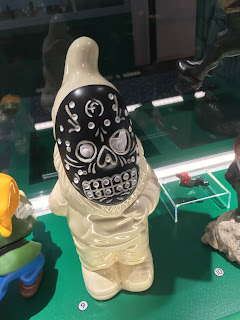 But what really overwhelmed me - aside from the general interest and unusual aspect of the exhibits - were the unexpected 'indoor viewpoints' - by which I mean that I rarely felt I was 'just looking' at something. Almost every item or display brought with it a burst of light or architectural feature to enrich one's overall impression: I hope these shots at least give a glimmer of what I'm talking about. 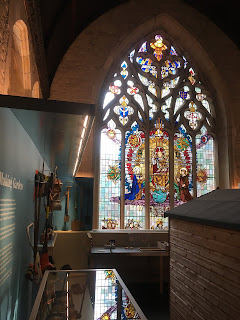 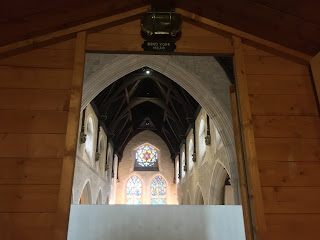 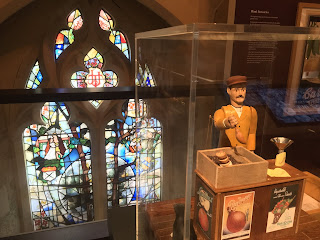 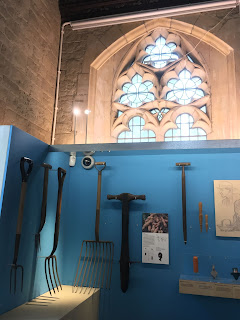 Note that the second picture in that set of four was taken from literally inside a shed. See documentary footage below of Mrs Specs in the very same shed. 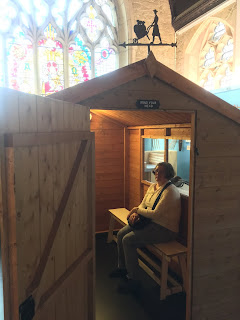 Perhaps it's no shock to reveal that one part of the museum that really fired me up was the section on garden design. These photos won't do justice to the immediacy of these, but hopefully they'll encourage you to investigate - I was particularly taken with this first one, for the Eden Project, where the landscape artist , Dominic Cole, embellished the architect's plan: 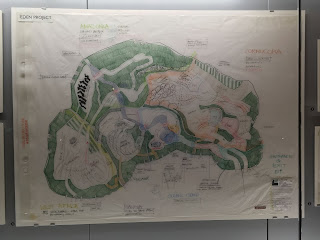 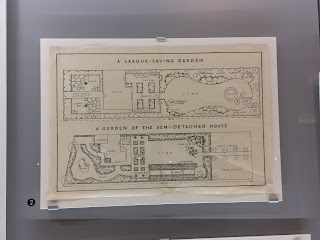 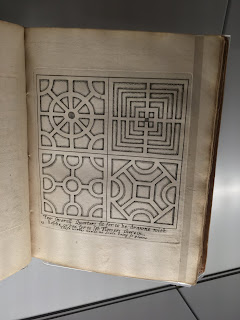 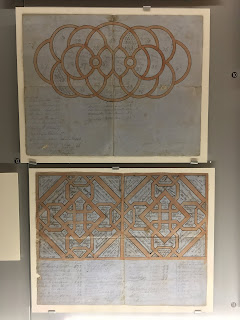 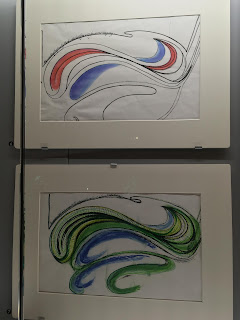 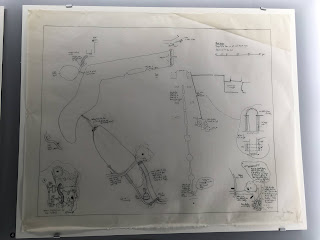 And the icing on the cake is unquestionably the view from the top of the Tower - we had a cloudy day so some of the pictures were a tad apocalyptic, but maybe that's appropriate for OUR TIMES. 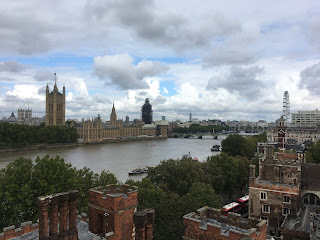 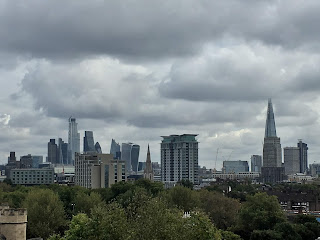 I can't recommend the Garden Museum highly enough - please pay them a visit when you're next in the capital - or online, here.

A less apocalyptic cheerio from she and me: 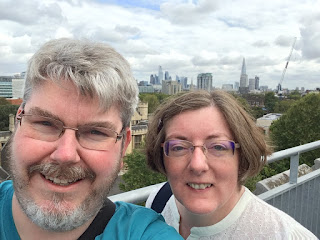 ...and an artificially speedy river boat.