Late last year, I sent Frances a selection of music by artists on ECM Records. The label had only embraced streaming the year before - so curious listeners could explore its distinctive approach more easily (and cheaply!). 2019 sees ECM reach its 50th anniversary. As I'm currently in 'playlist mode' (see my previous post) - and about to go away on a short break - it seemed a good time to archive my ECM mix here. I hope you enjoy it.

*
We’re coming up to the first anniversary of a slightly unusual and unexpected musical event – or to be more accurate, ‘music business event’. On 17 November 2017, the record label ECM made virtually all of its catalogue available on streaming services for the first time.

For anyone unfamiliar, ECM is a Munich record label, founded almost 50 years ago – and still run – by producer extraordinaire Manfred Eicher. Initially the focus was on modern jazz music, but in the mid-eighties Eicher established the parallel ‘ECM New Series’ imprint to cover classical music.

It may be because the boss is a producer that ECM is famed for exceptional recording quality and detail. It’s tempting to think that the New Series seemed at once boldly contemporary (featuring composers linked to minimalism, like Arvo Pärt and Steve Reich) and wilfully archaeological (the exquisite early choral recordings of Trio Mediaeval or the Hilliard Ensemble), because these ‘extremes’ of classical music particularly benefited from such finely-wrought clarity.

This wide variety means that while there isn’t an ‘ECM sound’ as such, there’s definitely an ECM aesthetic. As well as making the records sound gorgeous, the label’s sleeve design – even into the CD era – has a largely abstract austerity that totally fits its musical output: enigmatic yet welcoming, arty, classy, attractive, open to wide interpretation. 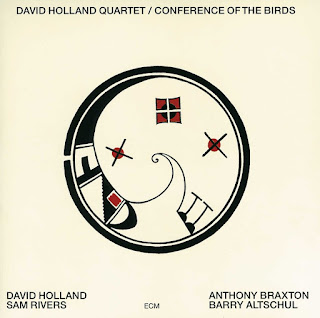 This strong identity is arguably what kept ECM away from streaming platforms for as long as possible: the physical object, played on the best equipment you can muster, is part of their ideal. However, the fact that Eicher and co have now given in means you can at least explore a remarkable range of beautifully documented music at great leisure (and little or no cost) – hopefully on a ‘try before you buy’ basis, as a shelfful or so of ECM releases is a truly joyful sight.

Perhaps treating all of its artists with the same sonic respect, whatever the genre, is the engine behind another distinctive feature of ECM’s output: inspired collaborations. Eicher seems to delight in bringing musicians on the label from both jazz and classical camps together, resulting in highly rewarding joint releases, without compromising the spirit of their individual recordings.

This is a key theme in my very personal ECM playlist. There’s a run of three tracks where Norwegian saxophonist Jan Garbarek first plays with a group of Pakistani musicians, followed by a selection from his celebrated partnership with the Hilliard Ensemble – then we hear the Hilliards on their own performing a striking contemporary piece in contrast to their original ‘early music’ idiom.

Latterly, the Trio Mediaeval have recorded an album with trumpeter Arve Henriksen – a record that, while very different, seems to rejoice in a similar spirit, and a choice from this starts the whole playlist off. Bringing proceedings to a close is John Surman – another versatile saxophonist who can career from furious hard bop to drones/electronica and all points in between. However, his two albums with a string quartet are real jewels in ECM’s crown, as I hope ‘At Dusk’ proves. 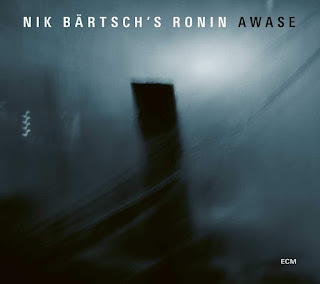 Along the way, I’ve tried to bring in some of ECM’s most arresting characters. There’s Stephan Micus, who seems to learn and compose on a different array of instruments from all over the globe on each release, yet here foregrounds his own voice. Or Nik Bartsch, a Swiss pianist who describes his work as ‘ritual groove music’ (about four minutes into the playlist track, you’ll hear why). He records mainly with two bands, Ronin – who feature here – and Mobile, depending on the configuration of musicians the material needs. The distinctive, unhurried and wonderfully delicate piano of Marilyn Crispell, followed by the atmospheric vocalising from Susanne Abbuehl.

And much more… I could have carried on and on but thought I had better stop at 20 tracks (and 2 hours)! As you will find if you explore ECM further for yourself, I could have gone off at so many tangents: used Ralph Towner as a springboard to fellow guitarists John Abercrombie, Pat Metheny or Terje Ryphal; or followed Alexei Lubimov into the label’s roster of esteemed classical pianists (including Sir Andras Schiff). Keith Jarrett’s recordings alone must provide more than 100 hours of listening (some 90 recordings, including a few multi-disc sets).

I hope you enjoy this rather focused selection, then, and feel inspired to find ‘your ECM’ among the label’s near-limitless riches.