Here's the second part of my playlist, inspired by the popular meme that asks 'players' to post a song every day for a month, based on certain prompts. It does feel a bit like a thought experiment at times, as you can't simply post 'faves' - you have to dredge up certain memories, associations and even emotions.

But I'm actually quite pleased with the set of tracks I ended up with, and would happily listen to the playlist through. 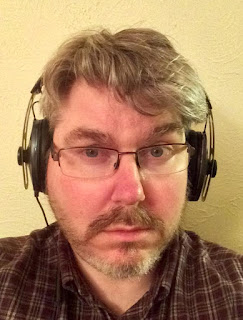 If you like to watch the YouTube videos (or simply don't have or like using Spotify), then songs 16 to 30 are below, and you can find songs 1 to 15 in 'part 1', here. If you are happy using Spotify, a playlist of all 30 tracks appears at the end of this post.

Hope you enjoy the tunes. (Classically-inclined readers - I haven't catered to you this time round, but watch this space!)

A song that's a classic favourite

One of my first 'favourite' bands. This - with hindsight - is such an impressively strange song, with its crashing-together of mournful strings and brittle early synth rhythms. Warning: big spider in video. Made me feel like singing, 'This means nothing to meeeeee….AAARRRGH! Big spi-deeeeeer!'


A song you'll sing a duet with someone on karaoke

Remembering a friend from student days (no longer in touch, sadly) - summer evenings, mates in back gardens, guitars out … him teaching me the harmony parts to the S&G songbook.


A song from the year you were born

The 'Stranded' album, when Roxy really were stranded in a way, between the 'Eno era' and the sleek outfit they would become. Defiantly odd throughout - for me, their finest hour.


A song that makes you think about life

BB always sang about struggle - political and personal - but this disarming track saw him examine his contentment. Frank and tender.


A song that has many meanings for you

Instrumentals encourage interpretation, and JQ's music (best heard on headphones, in darkness) seems to prompt an infinite range of images and emotions: for me, here, anything from a conflict between urban and pastoral, to the musical expression of a body clock. Rich, resonant.


A song you like with a person's name in the title

One of the HF's classic short stories in song: witty, poignant, transcendent.


A song that moves you forward

A song that, when I was a kid, just made me cheerful and feel somehow supported: under the surface, it was also drawing me imperceptibly towards both prog and electronica.

A song you think everybody should listen to

It's a cliché to say no-one really sounds like DCD, but it's partly true because no-one really does what they do. I push this song at people, saying 'Look! Look how much care and intricacy there is in this track! And it's live! And they make entire albums like this!'


A song by a band you wish were still together

Talking Heads: '(Nothing But) Flowers'

Actually, I sort of don't wish this, because they'd probably kill each other.


A song you like by an artist no longer living

But his music is so alive. This is pure adrenalin.


A song that makes you want to fall in love

One of rock's most yearning, alluring voices, singing this: 'I have no children, I have no husband, I have no reason to be alive, oh, give me one.' I am quite unmanned.


A song that breaks your heart

Richard Thompson: 'The Ghost of You Walks'

...but in a good way. I think this is one of the finest songs ever written.


A song by an artist whose voice you love

One of our greatest singers, her recordings (solo and with the Mekons) are so precious - she simply sounds lovely, equal parts purity and intimacy.


A song you remember from your childhood

Eurythmics: 'Love is a Stranger'

'Sweet Dreams' wasn't the scary one - this was.


A song that reminds you of yourself

Sieben: 'Ogham Inside the Night'

This is quite an old track now, and Matt Howden (the man behind the 'Sieben' pseudonym) has tackled many different styles and subjects since, while staying true to his voice, violin and loops template. But this is one of the first songs of his I heard, and I was instantly hooked. The track exhibits such facility and fascination with language, alongside a determination to marry the ancient and modern. It seems to represent in music and lyrics much of what I aspire to be as a listener and writer.

Here is the playlist in handy Spotify format!