Regular readers of the Specs blog (thank you, darlings, thank you) will know by now how much I love London’s Wigmore Hall. While I always feel thrilled – and lucky – whenever I enter, say, the Royal Opera House, or the Coliseum … let alone religiously thankful when I manage to find my way into the Barbican … there is nothing quite like the feeling I get on crossing the Wigmore threshold.

For those unfamiliar, the WH is one of the finest chamber venues on the planet’s surface – he declared, scientifically – and home to recital after glorious recital of art song, and music for small choral or instrumental ensembles. It’s a gorgeous building to be in, for a start, ornate and comfortable – and blessed with crystalline acoustics. Because of its remit, it’s the perfect size to keep a sense of intimacy while still packing in a decent number of punters, and there isn’t really a ‘bad’ seat in the place (though regulars have their definite favourites). As a lieder junkie who normally sits in the gods at the opera, it’s an absolute privilege to see and hear some of my favourite performers bring all their expressive skills visibly to bear on these more fragile works, with only the piano for support, and only a few feet away.

Within those constant parameters, the WH experience is, of course, ever-changing. With a different concert every night (plus some mornings, afternoons, and lates), receiving the booking brochures is a rather more intense experience than, say, the ROH. Instead of weighing up if and when I can go to, say, four or five operas, with the Wigmore I can easily find 20 or 30 gigs of interest. It then becomes a matter of calendars, charts, maths and, occasionally, brutal decisions.

Alive, I’m sure, to how this wide-ranging programming attracts disparate audiences, the Wigmore has found a marvellously effective way to unite those who have fallen under its spell: of all things, Twitter. By maintaining a mischievous, witty – yet still thoughtful and responsive – account, it has created a follower fanbase that not only includes the capital-based die-hards that practically live in its aisles, but also semi-regular attendees from out of town, right through to passionate supporters overseas who try to ‘hit the Hall’ whenever they’re in the UK. I’ve met some fantastic people – some Twitter friends already who I can now confirm are (yes!) real people … and others for the first time on- or off-line – simply through the WH’s superb idea to hold a couple of receptions just for Twitter followers. Long may this willingness to reach out bring the Hall the reward it deserves in audience numbers. 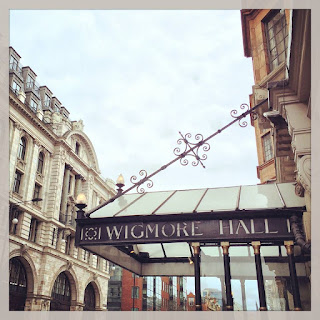 As the WH enjoys its summer breather, it seems a good time to look back on a hectic few days I spent there recently – it might well have helped if I could’ve moved in for that week. Because, of course, you have to go on the night the person you want to see is performing (occasionally there are ‘repeat’ concerts, especially if the recital is being recorded, but these are a rare luxury) – I found myself booking four concerts there across three days. It was absolutely worth it. It was brilliant.

Gig number one was a chance to see a singer I had admired for a while: Matthew Rose. A bass with real presence, I had come across him in various guises, notably as one of the A-team of ‘Missa solemnis’ soloists under John Eliot Gardiner, and as Talbot in ‘Maria Stuarda’ at the ROH. Accompanied by Helen Collyer at the piano, he had put together a fascinating recital of Purcell/Britten arrangements, Brahms lieder – an ideal vehicle for so powerful a voice – and, perhaps most arrestingly of all, some epic and arguably unhinged songs by Loewe (…”Oh!”). These at-times manic episodes allowed MR to demonstrate that speed and agility belong as much to the lower register as anywhere further up the scale. And special mention must go to HC’s superb accompaniment, which married lightness-of-touch with the necessarily robust playing to meet MR’s sound on equal terms. (I was really pleased to see that this performance was being recorded for a live CD on the WH label. I’ll be buying it, and encouraging all of you to do so, too – this was a great programme and deserves the wider audience it’ll receive.) 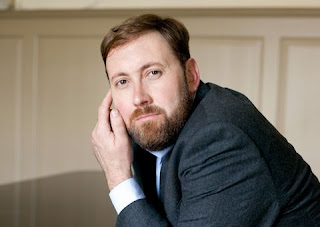 The following night was a solo recital by the pianist Marc-Andre Hamelin. While Hamelin’s reputation as a technical genius certainly contributed to my wanting to be there, I find on CD that the precision of his playing is just part of the story and that there’s a kind of joyous thoughtfulness also in evidence. His ‘encore’ discs alone belie a questing interest in bringing less known composers to light, along with a very upfront desire to entertain. (Add to that he’s a composer of some note, too.) So I went along expecting to be dazzled – and hoping to be moved. Both applied. From the hypnotic resonance of a Schubert sonata to a Chopin funeral march of defiant, uncompromising power, he held us transfixed. A towering talent.

For all these delights, the chances are that evening number three might take its place as one of my most cherished musical memories of all. A Friday night, it featured two concerts, one at 7pm and another ‘Wigmore Late’ event at 10pm. Initially, it was the 10pm gig that caught my eye, because Trio Mediaeval were performing – an act very close to Mrs Specs’s and my hearts after catching them (also at the WH) several years back. Based in Norway, their London visits seem all too rare.

Then I realised what a treat it would be to essentially set up camp there for the evening and go to the 7pm too. I was delighted to see that it was a recital by a mezzo I had wanted to hear for a long time, Angelika Kirchschlager, accompanied by Malcolm Martineau. The little I had managed to hear of AK, I had liked very much; whereas I love MM’s piano style almost beyond reason. So – this was going to be good.

If I had to pick one word to describe this recital, it would probably be ‘warm’. It was simply a pleasure to be in this duo’s company. Obviously, some singers prefer to create an atmosphere and rarely bridge the artist/audience divide (think of someone like Ian Bostridge performing Schubert – inhabiting a certain persona can be essential), while others bring more of their ‘off-stage’ personality into the proceedings and in so doing, ‘include’ us a little more. This is what AK and MM chose to do. The programme was rich in beauty and – for art song – contained room for humour as well as drama: Brahms, Wolf and Schumann lieder, followed by some typically gorgeous Hahn melodies. 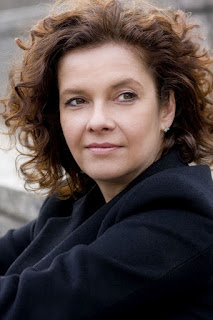 AK was smiling throughout, not – as so often with song recitals – supporting herself on the piano, but a lithe, forthright presence, making only natural those moments where the ‘big’ mezzo power was unleashed. MM – whose playing is so fluent and expressive – also allowed himself to move occasionally into character, making eye contact with the audience after executing several perfect outros. (And what more perfect pianist for Hahn than Martineau? – listen to his liquid Debussy or Poulenc accompaniments: he really is the ‘melodie’ man.) The rapport between them was so strong – there seemed to be so much shared between as well as during the songs – that I can only hope for more recitals, or even a disc – and soon, please!

Trio Mediaeval (Anna Maria Friman, Linn Andrea Fuglseth & Berit Opheim) rounded off the evening with their own brand of perfection. Each of the women has an extraordinary voice, and the kind of vocal dexterity that allows two of them to sound like three, and the three of them a choir. Their range is so wide and the tones so pure that you have no choice but to surrender and let the sound surround you. For some of the songs, this literally happens, as one of them goes on patrol behind the audience to form a triangle – we get to be in the midst of the music, transported without moving.

The Trio’s repertoire has often been a mix of early and contemporary choral, and the new album ‘Aquilonis’ (which they were performing here) is no exception. Some lovely modern pieces – in particular by Andrew Smith – feature and hold their own against, say, a selection of English carols from the 1400s. But for me, the greatest discovery by far – and the most gorgeously strange, as the Trio harmonised above their alien-sounding melody chimes (like single hand-held glockenspiel keys with beaters attached) – was the ‘St Thorlak’ collection of 14th century Icelandic hymns. I think there were moments during these pieces – scattered through the recital as if to hear them all together might close-pack too much beauty – when the audience held its breath, as if we somehow couldn’t be silent enough.

I hope writing this hasn’t increased the severity of the withdrawal symptoms. (Time to close the laptop. Drum fingers on the table. Wait for the Wigmore to re-open…)
Posted by Adrian at 13:33