It's hard to believe that Wigmore Hall's 'Complete Schubert Songs' recital series is finally coming to end, with the final concert in the sequence falling on the composer's birthday, 31 January. I've not been keeping strict count - but overall, I think the whole enterprise has involved some 40 gigs, and an extraordinary roll call of singers and accompanists. However, it's likely that the performance given by the mezzo Alice Coote and pianist Julius Drake earlier this month will be remembered as one of the very best.

It's always a joy to hear AC and JD together: a regular partnership, they seem to have reached that telepathic stage where you almost sense there's one unified mind operating on stage through two agents. I had two key reference points that had been making me look forward to this recital for months. First, there was the duo's CD of 'Winterreise', recorded live at Wigmore Hall for the venue's house label - and a desert island art song disc for me. Second, I had been fortunate to hear them play a while ago at Middle Temple Hall, where they included not only some Schubert selections but an astonishing rendition of the piano/voice version of Elgar's 'Sea Pictures'. 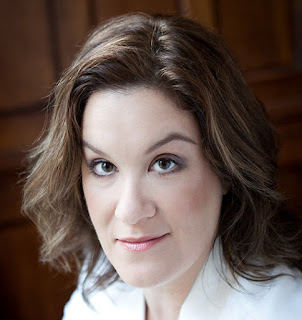 This time, of course, we had full-on Franz. The programme was something approaching perfection, with almost the feel of a Schubert 'greatest hits'. Many of the selections are well-loved, and frequently performed - but all the more welcome in their inclusion here for the chance to hear this pair's intepretations. I've tried to describe this quality before - and I'll keep trying: Alice Coote is so fundamental an actor-singer, so able to absorb herself into the personalities and actions in the songs, that to hear her perform lieder is a little like watching a series of self-contained four-minute operas. An obvious place for her to shine is 'Erlkönig', featuring three characters: the rider, his son, and the devilish sprite who steals the boy's life away. AC gives each one their own distinct voice, using lightning changes of timbre and volume as the story builds to its dreadful climax. And while everything we need to experience the thrill-ride is all in the voice, she allows her face to cloud with terror one moment, menace the next - utterly transfixing in such an intimate recital environment.

AC is surely one of classical music's great communicators, with passion for every note of the material audible in her singing. A good number of my own (and no doubt many others') personal favourites featured in the set-list - including 'Nacht und Träume', 'Du Bist die Ruh', 'Auf dem Wasser zu singen' and in particular, what I think must be one of the most beautiful songs ever penned by anyone, 'Litanei auf das Fest aller Seelen'. Yet even after the hundreds of times I must have played or heard these by so many performers, for these couple of hours I felt I was in a suspended animation where I could listen to the familiar as if it was for the first time. AC could place me inside the songs, whether playful, tragic, romantic, horrific - the voice is rich, generous, able to hold my attention as if in a cradle. 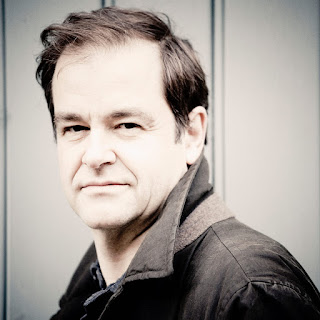 And just as Schubert wrote his piano parts to be on an equal footing with the voice, so JD matches AC's virtuousity and versatility with his own, providing a wide range of colours and dynamics - often within a single song. From the joyful bounce of 'An Silvia', through the visceral powerhouse of 'Erlkönig', to the gliding runs of 'Auf dem Wasser zu singen', he is every bit as vital to creating the worlds these songs inhabit.

Of course, both AC and JD work with plenty of other people - but relative to their history of performing live together, I think their special partnership is a little under-recorded (I only know of their collaboration on AC's debut CD, and the 'Winterreise' I mentioned before). However, I understand - with unchecked glee and off-the-scale levels of anticipation - that they have recorded a Schubert album together for release in the near future. If this concert in any way represents what we can expect from the disc, it will be one for the ages.

The recital itself is already one of my indelible muscial memories: everything I love about my favourite composer brought to life by two of my favourite musicians, at my favourite venue. So fine that if I only had one lieder concert to try and show someone 'the complete Schubert', instead of 40, I would point to this one.
Posted by Adrian at 15:12